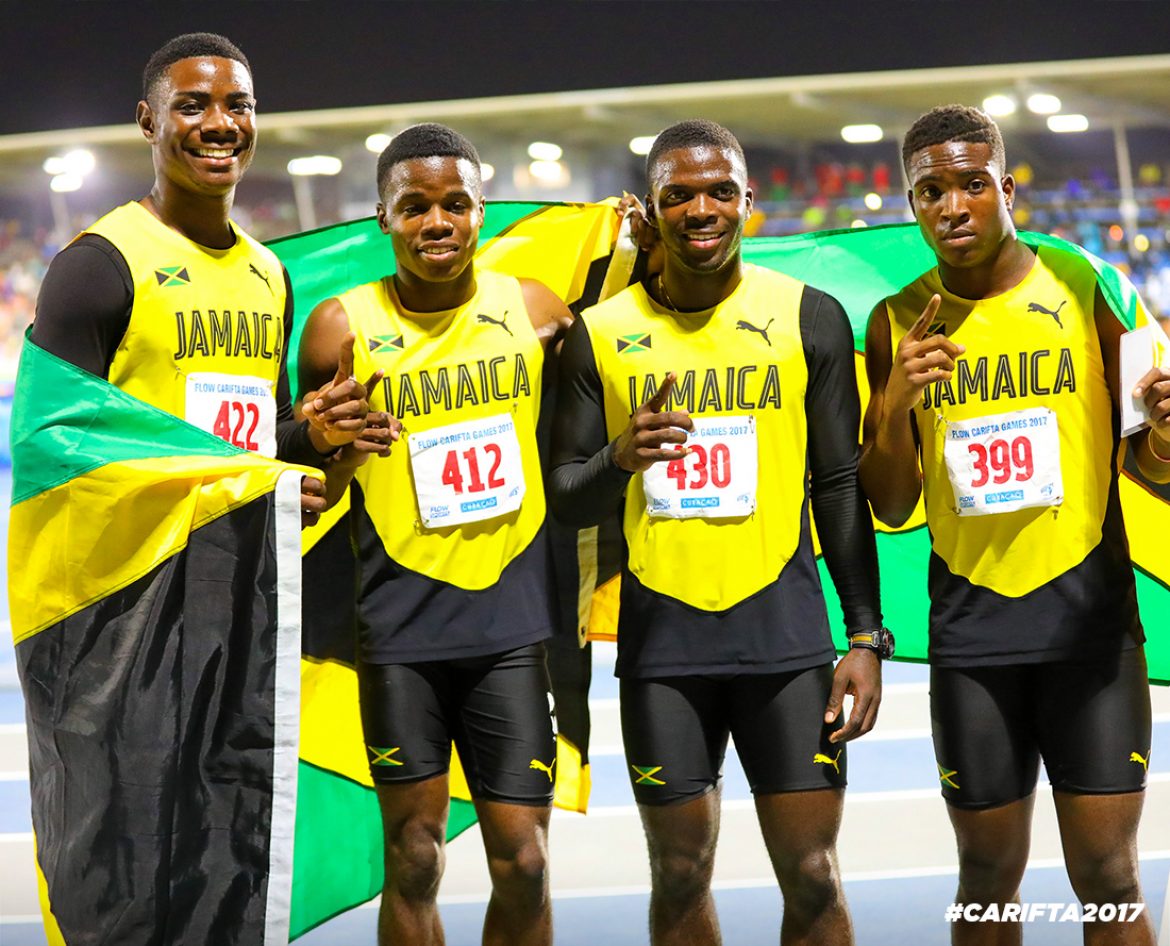 Quinella is a term most associate with 1-2 finishes in horse-racing, however the moniker ‘Team Quinella’ would be quite fitting for the all conquering Caribbean track and field kingpins Jamaica as its relentless medal rush continued unabated. At the close of proceedings on the penultimate day of the 46th CARIFTA Games, Jamaica had amassed another 26 medals for an overall tally of 54 (23 Gold, 19 Silver and 12 Bronze).

As is now customary, the Black, Green and Gold clad standard-bearers ‘Jaminated’ with several quinellas in most of the events decided on Day Two. That level of domination was perhaps most evident in the one lap hurdles events where Team Jamaica secured the top two spots in three of the four races.

Defending champion Sanique Walker made up for her below par performance in the flat 400m with a brilliant display to establish a new Games Record of 58.95 with teammate Taffara Rose (1.00.95) occupying the runner-up spot.
The U20 Girls maintained the status quo with Nicolee Foster winning in 58.84 over High Jump Champion Shiann Salmon (59.45).

There was a blot on the copybook in the U18 Boys as the Jamaicans proved no match for the impressive Rasheeme Griffith of Barbados who blew away the opposition to win in 51.64. Rovane Williams took Silver for Jamaica in
52.64 ahead of compatriot Dashinelle Dyer. Normal service was resumed in the U20 division with Ronaldo Griffiths (52.01) getting the better of teammate and defending champion Timor Barrett (52.32). 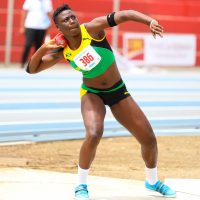 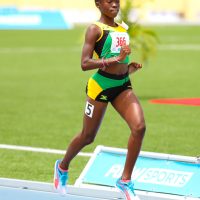 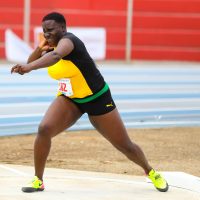 Guyana’s Claudrice McKoy (10.39.03) came with a well timed run in the Girls Open 3000m to thwart the bid by Jamaica’s Britnie Dixon for a second Gold. Dixon finished in a time of 10.44.63 for 2nd with compatriot Kayon Green
getting the Bronze in 10.45.76.Lacee Barnes of the Cayman Islands kept the Jamaicans at bay in the Girls Shot Put U20 taking the Gold with a best effort of 13.06m. Sah-jay Stevens (13.02m) and Fiona Richards (12.80m) made the podium for Jamaica.

Safin Wills made up for his medal miss in the U18 Boys Long Jump with a brilliant effort of 15.11m to secure Gold in the Triple Jump. A much improved effort from Terrol Wilson saw him finishing just outside the medals in 4th with 14.52m. Carey McLeod put on a dominant display to win the U20 Boys Jump. McLeod had four marks over 7.40m including a best of 7.62m. Teammate Ryan Brown (7.23m) finished 4th.

Jamaica’s Daniel Cope was in record breaking form in the U18 Boys Shot Put. Cope threw 18.17m to smash the one year old CARIFTA U18 best of 17.75m set by fellow Jamaican Zico Campbell. Teammate Cobe Graham got the Bronze. Annia Ashley (5.88m) was 2nd in the U18 Girls Long Jump ahead of compatriot Lotavia Brown (5.66m) . Damar Marshall secured Bronze in the U18 Boys High Jump.

Team Jamaica brought out the broom in the sprint relays and would have completed the coveted sweep had it not been for the disqualification of the U18 Girls for a lane violation (Rule 163.1.A) .

The quartet of Brianna Williams, Kevona Davis, Britany Anderson and Michae Harriott seemed to have overcome two ‘iffy’ baton exchanges to leave rivals for dead. They crossed the line first in what was a championship record 44.34 ahead of the Bahamas with Trinidad and Tobago. Following a review by the judges the Jamaicans were disqualified and the race awarded to The Bahamas.

The U20 Girls with sprint hurdlers Janeek Brown starting and Amoi Brown on anchor won by the proverbial city block as they finished unchallenged in 44.82. Aneka Brissett and Kashieka Cameron were the other members of the team.

Michael Stephens on anchor looked like he was on an afternoon stroll as he powered down the straight to lead the U18 Boys to a ridiculously easy win in 39.96. Xavier Nairne, Michali Everett and Tyreke Wilson ensured that Stephens’ only concern was the clock in not only recording a championship record but also a National Youth Best.

The U20 Boys had to work a bit harder for the win but Jelani Walker on anchor dug deep into his reserves to overhaul the Trinidad and Tobago athlete. Ashaunie Smith, Delano Dunkley and the irrepressible Christopher Taylor on the backstretch completed the team which won in 40.09. Bahamas finished 3rd.