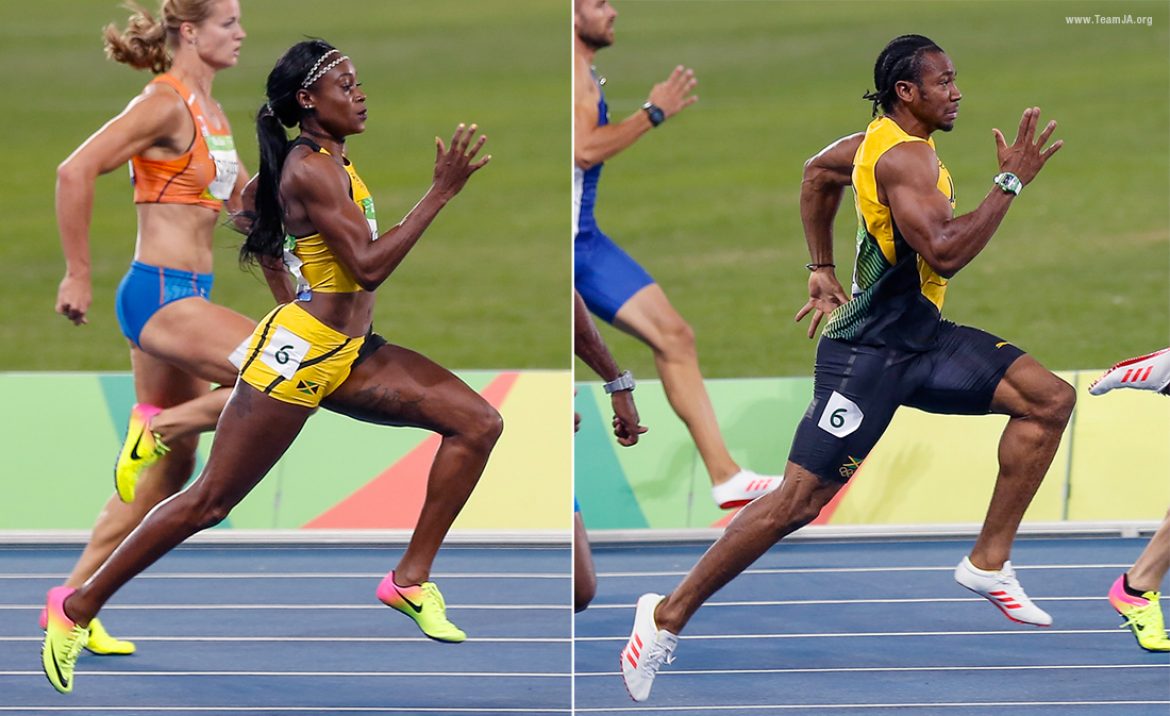 The cast may be missing stellar attractions such as ‘world boss’ Usain Bolt, the ‘pocket rocket’ Shelly-Ann Fraser-Pryce, Asafa ‘Sub 10 King’ Powell, the venerable Veronica Campbell-Brown (VCB) and the inspirational Novlene Williams-Mills, however Jamaica’s contingent to the 3rd IAAF/BTC World Relays still possesses some of the biggest names in world athletics.

In box office draws like double Olympic Champion and current sprint queen Elaine Thompson and 2011 World Champion Yohan Blake Team Jamaica has an ensemble with enough star power to light up the big screens at the relay championships in Nassau, Bahamas from April 22-23. The well rehearsed cast which will participate in seven events, is a palatable blend of experience and potential scene stealers transitioning to the senior ranks as the Caribbean powerhouse seeks to wrest the Golden Baton from arch rivals Team USA.

Thompson who blazed a wind-aided 10.75 seconds on Saturday has opted to run the 4x200m relays. She is expected to be joined by MVP teammate Shericka Jackson who clocked a personal best 22.57 at the UTech Classics recently and the useful veteran Samantha Henry-Robinson. The 4x200m relay squad should be completed by the the Sprint-Tec trio of Anastacia Le-Roy, Juray Levy and Audra Segree. The Jamaicans will be going for their first win in this event.

The rejuvenated veteran Simone Facey and rising stars Sashalee Forbes and Christania Williams, members of the team which won the Silver medal at the Rio Olympics will form the core of the 4x100m team. Bang in form Gayon Evans and 2015 World 4x100m Gold medalist Natasha Morrison should add explosive firepower as Team Jamaica seeks to repeat as champions.

Jamaica’s mile relay women’s team has been taking the fight to the mighty USA at recent global championships including a memorable triumph in Beijing in 2015 and a strong second at the Rio Olympics in 2016. Three members of the 2016 team, two of whom tasted Gold medal success in 2015, reunite to lead the charge in what is expected to be an epic showdown with a USA team minus stalwarts Allyson Felix and Sanya Richards-Ross.

Team Jamaica has lost just one 4x100m relay final to the USA Men at a global athletics meet since 2007 and that came at the last staging of this event in 2015. The all conquering Jamaicans who have won three Olympic titles, four IAAF World Championships Gold medals and one IAAF World Relays crown while setting three World Records in the process including the jaw-dropping current mark of 36.84 will be going all out to reclaim the title.

Jamaica will showcase a formidable 4x100m squad which includes three of the six men who won the Gold medal in Rio. The experienced Blake and Kemar Bailey-Cole rejoin forces with Jevaughn Minzie and they will be complemented by the red hot Intercollegiate Champion Everton Clarke. They will be looking to inflict another stinging defeat on a USA team whose egos have been bruised time and time again by the marauding Jamaicans, something that has not gone down well with the 2015 champions.

Rio Olympic sprint relay Gold medalist Nickel Ashmeade and Warren Weir will once again lead the charge in the 4x200m as the world record holders go in search of a third consecutive title at the World Relays. Rasheed Dwyer, Oshane Bailey as well as senior team newcomers Chadic Hinds and Nigel Ellis are all chomping at the bit to maintain Jamaica’s unbeaten status in the event.

The Jamaican men have not had any success at the IAAF World Relays in the 4x400m but has featured prominently at the other global championships since 2013 including a surprising Silver medal at the Rio Olympics behind the unstoppable Americans.

The impossible becomes possible when Javon Francis dons the national colours and the indisputable leader of Jamaica’s resurgent quarter-milers and his teammates will need to be at their best if they are to challenge for a medal. Francis will have for company the useful duo of Peter Matthews and Javere Bell as well as the promising Steven Gayle and exciting intercollegiate champion Demish Gaye, the fastest Jamaican quarter-miler this season.

Jamaica will be represented in the novel 4x400m mixed relay which makes its debut at the IAAF event. Natoya Goule who was a part of the 4x800m team at the last staging will be joined by World U20 Champions Tiffany James and Jaheel Hyde, back to form 2013 World Youth Champion Martin Manley, newcomer Jammari Rose and 2016 Rio Olympics 400m hurdles finalist Ristananna Tracey.

Jamaica is 2nd in the overall medal standings since the inception of the World Relays with 10 medals (4 Gold, 5 Silver, 1 Bronze). The women have won a total of six medals including a solitary Gold (4x100m in 2015), four Silver and one Bronze.