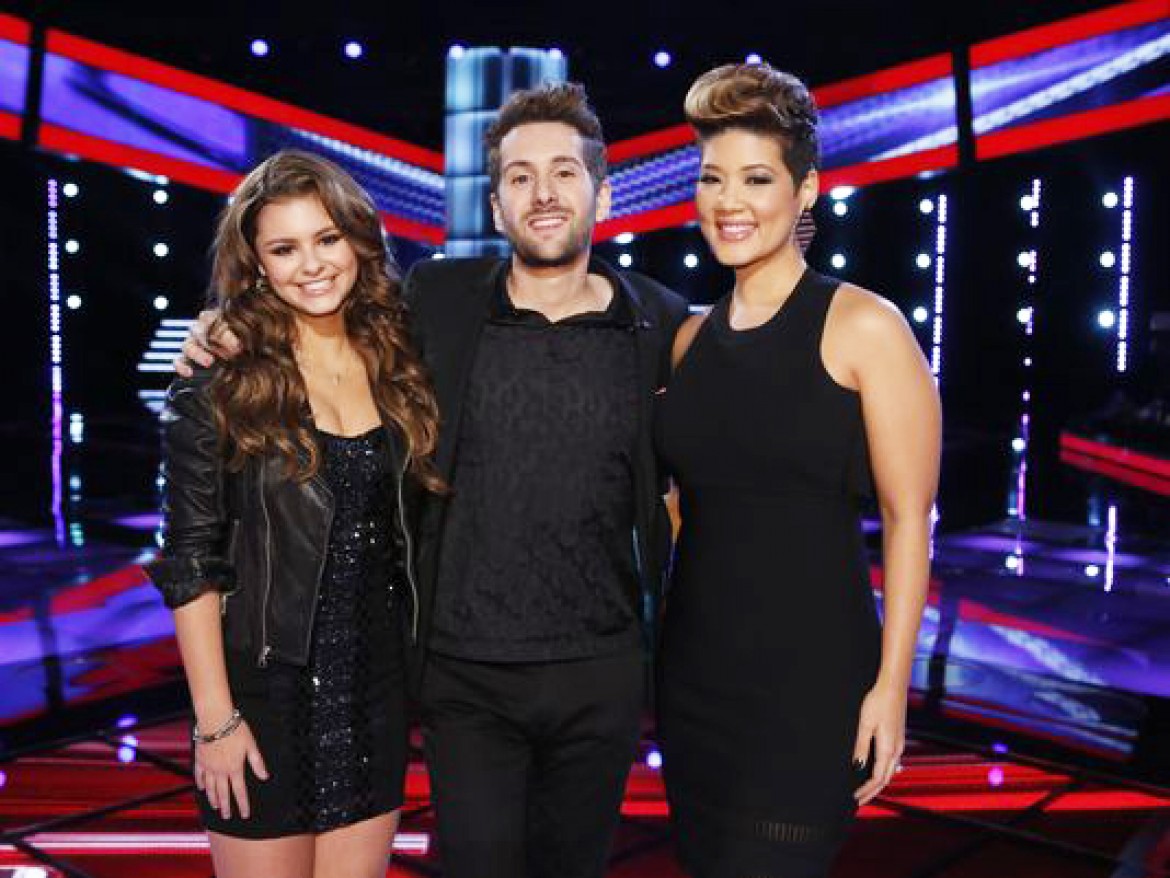 Team Adam and Team Christina are competing for championship, as are finalists Tessanne Chin, Will Champlin and Jacquie Lee.
The Voice is getting ready to crown a new winner — among its contestants and its coaches.

NBC’s singing competition is down to a trio of finalists who are vying to be the Season 5 champion during finale week (Monday, 8 ET/PT, and Tuesday, 9 ET/PT).

But the winningest coach at The Voice won’t have a singer in the running. Country music artist Blake Shelton, who has had three consecutive wins in four seasons, has no horse in this headlining race. His last chance, country-rock-soul singer Cole Vosbury from Louisiana, was eliminated last week, along with coach Adam Levine’s rock balladeer James Wolpert.

“Blake’s won this thing three times, so he can sit this one out,” says host Carson Daly. “Give somebody else a chance here.”

Who’s left to sing their hearts out? Levine’s Tessanne Chin and Will Champlin, and Christina Aguilera’s young protégé, Jacquie Lee.

“These three — all of them — their last two performances have all been so strong,” Daly says. “The winner might be the one who doesn’t mess up, so at this point, don’t screw up.”

A look at the finalists:

Who turned their chairs: All four judges

High point: “Singing the Simon and Garfunkel song (Bridge Over Troubled Water) last week I think was her high point because of how much it moved her coach,” Daly says. “We don’t see Adam Levine get speechless, and when he’s speechless, you’ve made a pretty big impact.”

Biggest surprise: “Nothing. That’s part of the traits of being a front-runner. Nothing has surprised me about Tessanne,” the host explains.

What she needs to do to win: “Sing one more song like she did Redemption Song or Bridge Over Troubled Water.”

Musical genes: Dad was singer, songwriter and keyboardist for the band Chicago

Blind audition song: Not Over You by Gavin DeGraw

High point: Being stolen in the battle round by Aguilera and then being stolen back by Levine in the knockout round. Daly says, “He saw the exit door sign and then, all of a sudden, saw ‘Enter here.’ When you are on the block like that and you’re given new life, you better sing for your life. And he did.”

Biggest surprise: “I think that Will’s one of the three finalists is the biggest surprise. Will’s a great singer, but there’s a lot of great singers here. The fact that he’s made it this far is testament to his work ethic. This guy is a working musician. He’s never given up.” Another surprise was his decision to perform the classic At Last. “Nobody saw that coming,” Daly says.

What he needs to do to win: “He’s got to move people. The winner of The Voice has got to make a connection. … Will hopefully has saved the best for last.”

Blind audition song: Back to Black by Amy Winehouse

Who turned their chairs: Christina Aguilera and Blake Shelton

Biggest surprise: “For her to be so young and to hark back to a time of highly charged, emotional politically charged music of the ’60s … this girl is not of her time,” Daly says.

What she needs to do to win: “Same thing: emotional connection.”

Her close relationship with her coach: “Well, they have such a similar background,” Daly says. “Christina is a pint-sized powerhouse vocalist. She started so young. … I think Christina sees a lot of herself in this young lady.”