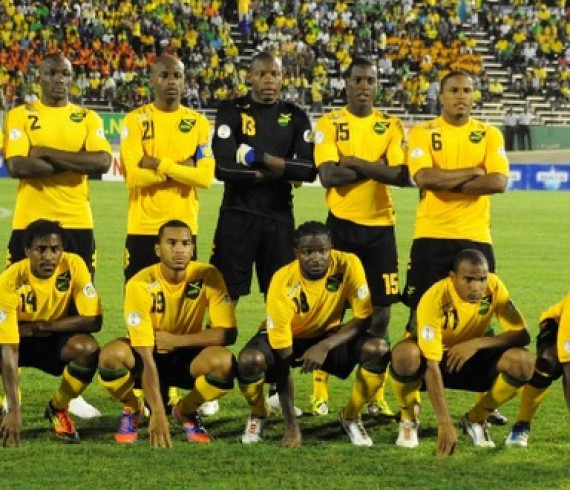 by admin· February 01, 2013· in Brazil, FIFA, Football, News, Rio 2014, Sourced· 693 comments tags: FIFA, Reggae Boyz, Rio 2014, Soccer, World Cup
The country’s football programme has received a well-needed boast ahead of the final round of CONCACAF qualifiers for the 2014 World Cup. International soft drink brand, Coca-Cola, came on board with a sponsorship package to the tune of US$1.6 million (approximately J$149m) over a six-year period. The sponsorship deal includes cash, products, performance incentives, promotional support and global activations, as Jamaica now shares a common bond with great football nations such as Argentina and Germany, which are also sponsored by the global brand. “It is a great pleasure to announce an exciting and dynamic partnership between Coke and the Jamaica Football Federation,” managing director of Wisynco Group Limited, William Mahfood, announced during yesterday’s press launch at the Jamaica Football Federation (JFF) headquarters. long-term investment Shermin Peters, senior market development manager of Coca-Cola Company, pointed out that the company’s sponsorship of the country’s national team is a continuity of their commitment across the region. “This is more than just Coca-Cola being the official sparkling soft beverage of football in Jamaica,” Peters expressed. “This is about a long-term investment in Jamaica and it’s people, and it’s an extension of the Coca-Cola company’s commitment to promoting active lifestyles among youths and families.” The […] Read More