Pullen hops, skips and jumps on board flight to Rio 2016 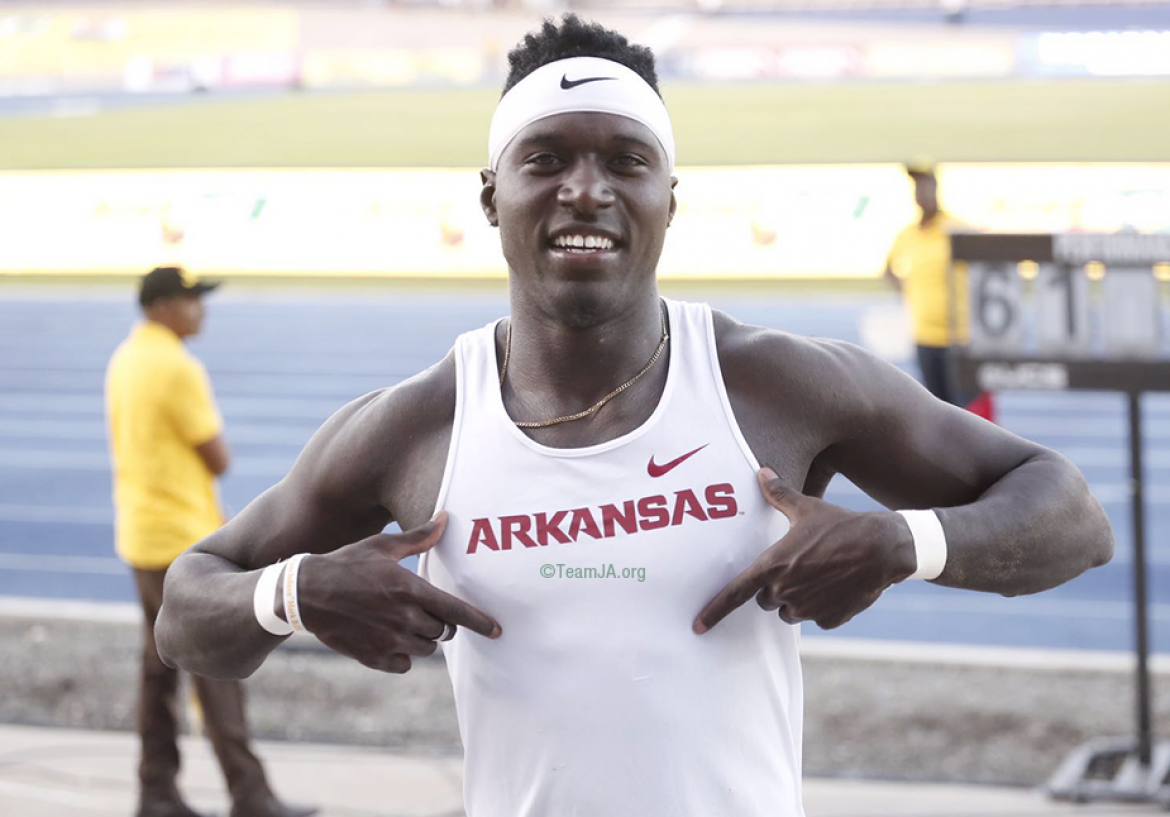 “I have been knocking on this door ever since I left high school and it finally opened. I am obviously not far away from the qualifying mark so without a doubt one would automatically assume I have plans for Rio 2016. Well, I am here to confirm that assumption. I do have plans for Rio.”

Those were the words of Clive Pullen, the Jamaican Triple Jumper after cutting the sand at a then personal best of 16.54m while competing at the Tyson Invitational on February 13, 2016. Wins at the 2016 SEC Indoor and NCAA Indoor Championships boosted his confidence and some two months later the former Kingston College standout improved his personal record to 16.78m. The automatic qualifying mark for Rio 2016 (16.85m) was well within his reach, a small matter of less than 10cm away.

The University of Arkansas Junior knew there were technical and approach flaws to address and went back to the proverbial ‘drawing board’ with his coaches in preparation for the big NCAA Championships and more importantly his ‘Mission Rio’ dreams. He failed to create an impression in the sand at the NCAA Division One Track and Field Championships but was still confident that he could achieve the target that would book his spot on Jamaica’s team to the Rio Olympics.

The men’s Triple Jump was one of two finals on the opening day of the JAAA/Supreme Ventures National Senior Track and Field Championship at the National Stadium. Pullen started as the favourite to win his first national title but was expected to receive serious competition from the likes of Damar McLean, former national champion Wilbert Walker and national U20 champion Jordan Scott of Campion College.

Pullen with his eyes firmly set on that Rio ticket produced yet another personal record as he surged to the title of National Champion. The Arkansas Razorback knew it was a big one as soon as he landed in the pit and the look on his face spoke volumes even before the jump was measured. The 21 year old who represented Jamaica at the World Junior and World Youth Championships surged to a personal best 16.90m with a very cooperative 1.9 following wind. McLean was 2nd with a best effort of 16.46m ahead of Walker 16.42m.

Pullen in an exclusive interview with Team Jamaica referenced his dismal showing at the NCAA Outdoor Championships but was quick to point out that some of those jumps actually provided the inspiration. ‘Maybe God wanted me to do it in front of the home crowd. I did it and I’m just grateful’, the affable athlete said, his now signature wide smile doing very little to conceal his elation. “I knew I had it in me….it was just for me to hit the board at the right spot”, he added.

Perhaps now Pullen can say ‘I have plans for when I get to Rio’.