Javon Francis looking to defy the odds in Rio 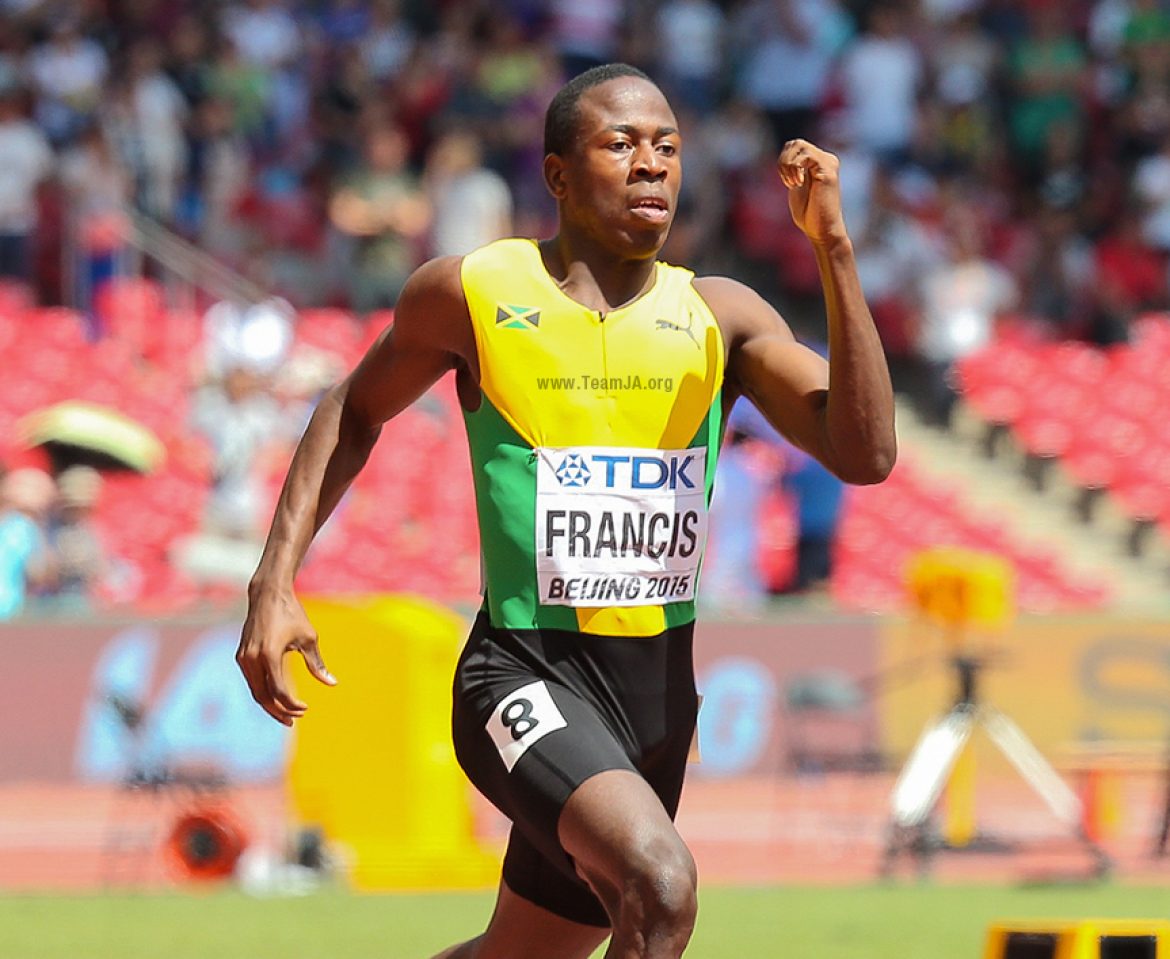 There are no Jamaicans ranked in the top ten in the 400m. National champion Javon ‘Donkey Man’ Francis is the only Jamaican to have gone sub 45 this season having done so on five occasions. He is ranked at number 13 with a season best 44.77.

The 21 year old who has captured the hearts of Jamaicans with some fearless displays since coming to national prominence as a schoolboy in 2013 could force his way into the final. It will take a herculean effort but that is why they run the races. Upsets do happen and the under-dog Francis is looking to defy the odds.

Fitzroy Dunkley (45.02) who was 2nd at the Jamaican Trials has a rank of 25 but will be the 19th fastest in Rio. He has shown much improvement this season but will be facing some hot steppers who break 45 seconds in their sleep. Dunkley who was 2nd at the NCAA Outdoor championships in June will be looking to dip under 45 seconds for the first time in his career. If the quality on display in the preliminary rounds at the last global championships is anything to go by, that may still not be enough to see him progress to the semi-finals or beyond.

National record holder Rusheen McDonald (45.32) may get the nod over Nathon Allen who finished third at the national trials. Allen did not achieve the Olympic qualifying standard prior to the July 11 deadline but went under that mark at the NACAC U23 Championships.. The enigmatic McDonald is having a very below par year but if given the go ahead could spring a surprise like he did to advance to the semi-finals in Beijing a year ago.

American LaShawn Merritt (43.97) is again the fastest in the world and the only athlete with a sub 44 locking. Merritt as well as Grenada’s Kirani James (44.08) and the impressive Wayde Van Niekerk of South Africa (44.11) are expected to occupy the podium spots. The American won the title in 2008 but failed to get out of his heat at the 2012 Games where James secured the Gold medal. Van Niekerk got the better of Merritt and James in Beijing a year ago and could confirm his supremacy over both in what has the makings of an epic clash.