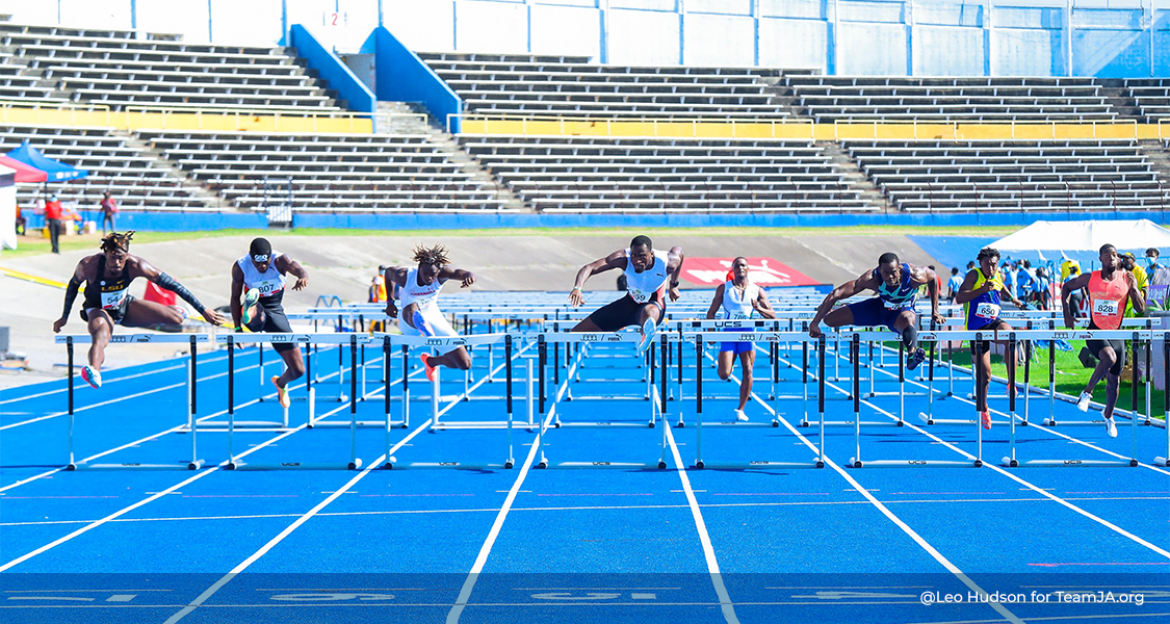 Damion Thomas Jnr is very meticulous in his approach to life. The first time Olympian possesses all the attributes – discipline, technique, speed and mental fortitude – to succeed in his specialty event the 110m hurdles.
The year 2016 proved to be the big turning point in his promising career. Thomas Jnr, who was born in The United States of America, decided to represent Jamaica, the birthplace of his parents (Damion Snr and Duchane), who are both athletics coaches.

“Although I do not speak patois fluently among other things, my parents and family always made sure the culture that I grew up in was about their home country, therefore, from my perspective representing Jamaica was my way of giving back.”

He had an auspicious start winning the U18 CARIFTA title that same year. He went undefeated leading up the 2016 World U20 championships in Bydgoszcz, Poland, where he was one of the favourites for the gold. However, tragedy struck when he crashed out in the semi-finals after hitting the first hurdle.

He shrugged off that disappointment and rebounded in 2018, his breakout season, which saw him first equalling the world U20 record (12.99 seconds) with France’s Wilhem Belocian in Kingston, Jamaica at the Junior trials, and then creating history less than a month later when he was crowned world U20 champion in Tampere, Finland.

“It was redemption first,” stated Thomas. “It was a bit crazy. Even though this was the world stage, I went into the championships with so much confidence knowing that only I could beat myself. The experience helped a lot though, as I learned what to expect on the global platform.”

Despite winning the 2021 NCAA Indoor 60m title, the 22-year-old who graduated from Louisiana State University in May, came into the JAAA/Supreme Ventures National Senior Athletics Championships under a cloud after a poor run of form in the NCAA Outdoor Championships in Eugene, Oregon.

However, the national stadium is a venue that holds fond memories for Thomas Jnr, who duly brushed aside the bad spell and produced a lifetime best (13.11) in the final to finish second and punched his ticket to Tokyo.

It was the culmination of a boyhood dream, which started in the family living room.

“I sat down with my parents to watch the 2008 Beijing Olympics and just seeing Usain Bolt and Shelly-Ann Fraser-Pryce competing really inspired me. To see the athletes perform under the lights, the crowd and the electric atmosphere, it was there and then I knew I wanted to do track and field. This was my dream. I started doing it the next year in 2009.”

Thomas Jnr, who went professional after graduation, was thankful his strategy reaped the desired rewards and feels optimistic about his chances in the Japanese capital.

“It’s a major blessing for me to be going to Tokyo,” Thomas reasoned. “I remember around this time last year Coach Dennis Shaver spoke to me about my goals for the upcoming season, and I explained that the Olympic Games was my main target. I am grateful to my support team for the preparation, patience and timing that got me here. I feel going from college to the professional level is a huge step for me as far as getting my first taste and experience of the Olympics. Nevertheless, I feel no pressure, I’m going there to have fun and get on the podium.”

Thomas is appreciative of the support from his track-loving nation. He gave assurances that he will be fearless and combative in competition. “My training has been going well, I feel lighter on my feet and quicker between the hurdles and I just feel that I’m peaking at the right moment. I would say to the people back home, expect me to fight as I’m not scared of the competition, we all have to run 10 barriers and I’m looking forward to the challenge.”