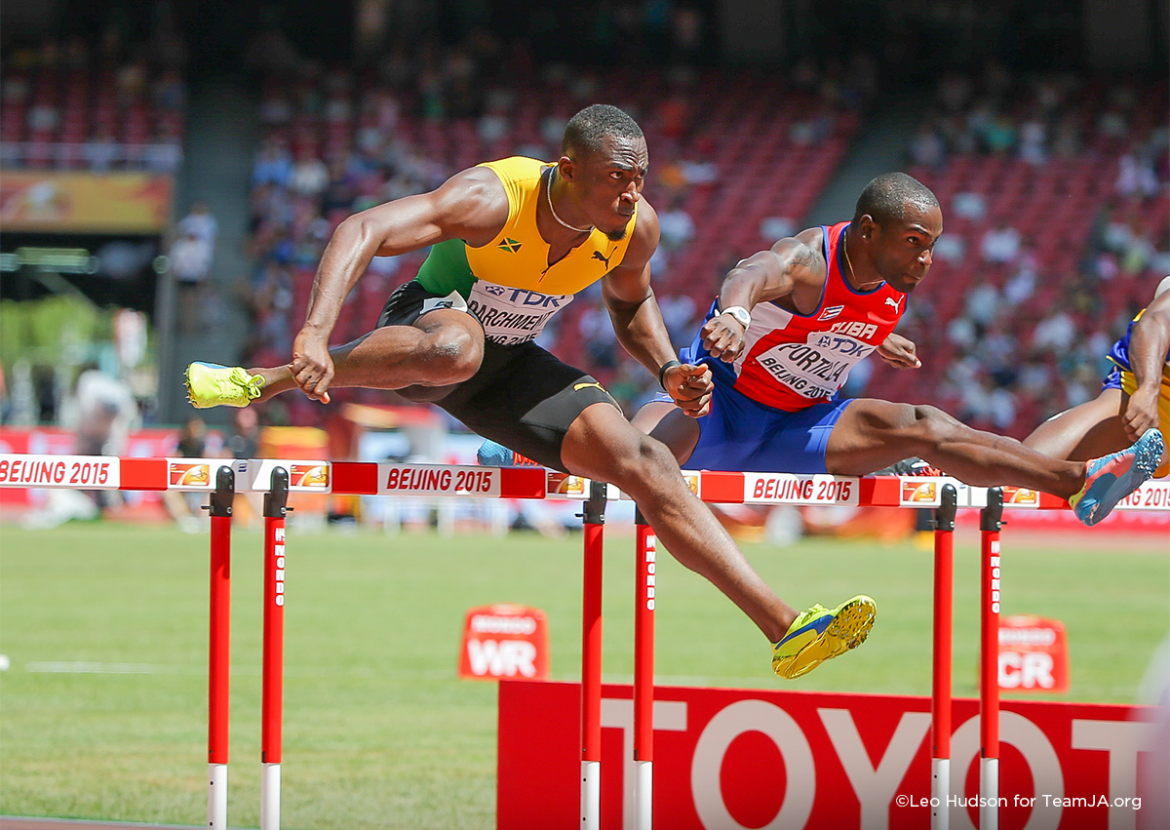 Parchment, a GraceKennedy ambassador, was scarcely seen competing on the track this season. He appeared mostly in TV commercials. This was due largely in part to an injury sustained early in the season after a promising start. “It’s been a tough season,” said Parchment. “It started out well and I was in line to run really fast before I got a stress fracture in my foot which took me out for a while.”

Notwithstanding, the bronze medallist from the 2012 London Olympics was proactive during rehabilitation. “I tried to maintain my fitness by doing a lot of swimming and weights training that did not put pressure on my leg,” he explained.

With a spot to compete at the Tokyo 2020 Olympics up for grabs, Parchment’s form coming into the JAAA National Senior Championships was unknown. The fact that the 31-year-old only competed once in his pet event since 2019, and would be coming up against a few world ranked sprint hurdlers, made the task more intriguing.

After comfortably winning his semi-final in a then season’s best 13.19 seconds, Parchment and his fans breathed a little easier as it gave an indication of his readiness.

In the final, the tall and powerfully built hurdler gave another encouraging display as his combative spirit shone through with a hard-fought third place finish behind Ronald Levy (13.10) and world U20 record-holder Damion Thomas Jnr (13.11).

Parchment’s road map to success in Tokyo remain on course, and with his experience of standing on the podium at global championships, he is once again ready to shock and awe. “I am about 85% of where I want to be,” he said in his post-race interview. “I am thankful for today’s time (13.16 season’s best), I still have some improvements to make in terms of my technique and better execution, which will me make run faster when it matters.”