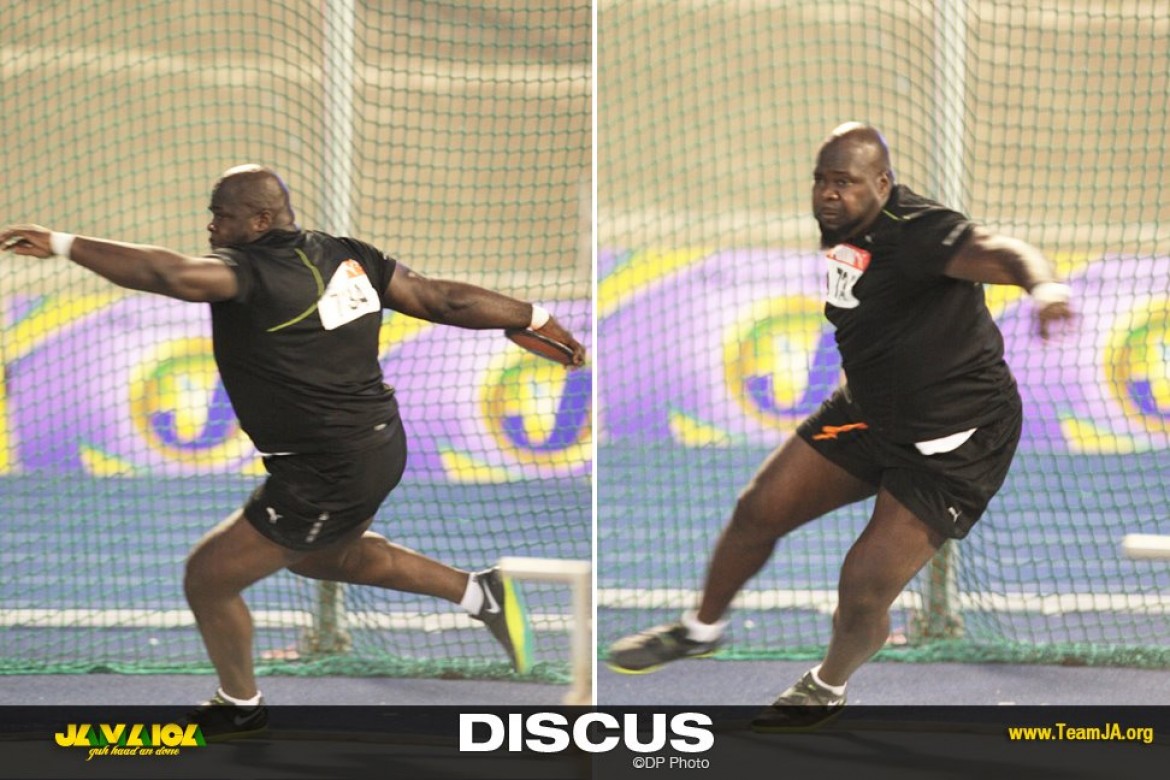 Since turning pro several years ago, Jamaican Olympic discus competitor Jason Morgan has led a one-man band; coaching, conditioning and representing himself on the lower US circuit.

However, the 30-year-old is taking a new approach for the 2013 season, joining forces with noted collegiate throws coach, Russian Andy Kokanovsky and physical trainer Rob Gire, and so far things seem to be heading in the right direction.

Having measured a 65.94m throw at a meet in Los Angeles earlier this month, which now registers as his official personal best, Morgan is the second best thrower in the world this year behind Australian Julian Wruck, who leads the world with a 66.32m mark and is also responsible for the next two best distances.

“It’s been a good year for me so far. Just the approach of having two coaches working with me right now has made a big difference,” said Morgan, who doubles as a therapist at a children’s home in Louisiana.

“Andy (Kokanovsky) saw where I have been competing and training by myself over the years, so we have been communicating via email, videos and Skype and everything,” Morgan added.

“He sets my workouts for me, I send him videos, and he analyses it and sends it back to me, and I also have a physical coach, who is with me here at Louisiana Tech University. He is a young guy, but he has gone the extra mile to study my throws and movement and everything that he does is geared to help me and it’s been going great,” Morgan said.

Morgan reported that he has made a number of significant technical adjustments and is taking his time and pacing his development better.

“Things are geared towards peaking at the right time and later down in the year. Over the years I have been setting my workout and I tend to peak a bit too early because I was thinking about throwing far when I can and not looking at the timeline at when to throw far when it matters,” Morgan reasoned. “I was number one in the world for a few weeks, and throwing 65.94m tells me that I am on the right path.”

The B qualifying standard for the IAAF World Championships set for Moscow in August is 64m, with the A standard set at 66m.

“I lost a little bit of weight; I am more flexible this year and also a bit sharper technically. A lot of things have changed in my throw from the back of the ring to the middle, all the way to the release, and it’s been flowing really well,” he added.

Morgan was considered the national record holder after registering a 67.15m mark last April, but the IAAF refused to ratify the mark, citing that the event was added to the official programme at the meet at the last minute and as a result it could not be recognised.

Morgan says that he has moved beyond the disappointment and is now looking to once again throw big marks.

“It hasn’t affected me at all. Of course, I am a bit disappointed because I threw my mark and it was snatched from me; I didn’t get my record by default, I threw for it, so I did it once, my body knows what it feels like, so I will do it again,” said Morgan.