Furious Costa Rica asks FIFA for replay of US match 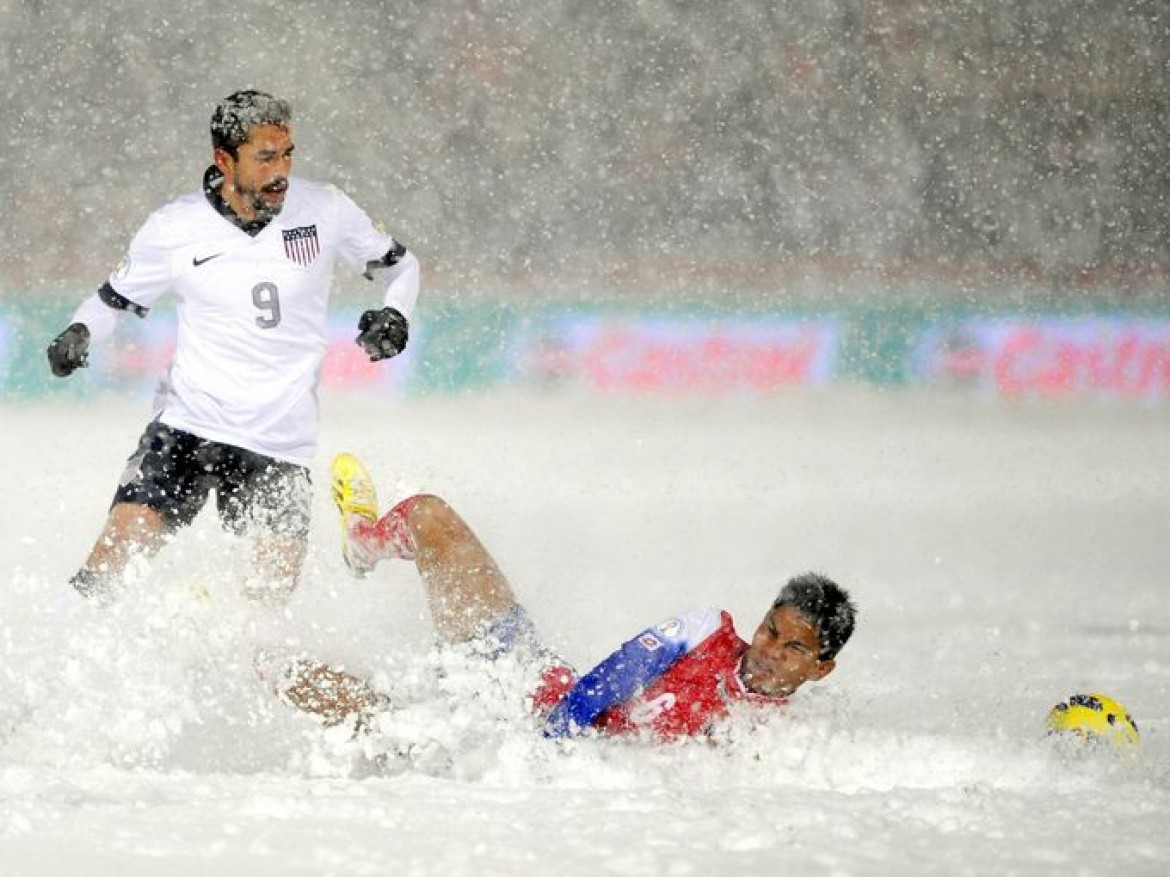 Furious Costa Rica coach Jorge Luis Pinto said it was an “embarrassment to football” that Friday’s World Cup qualifier with the United States was played in strong snow, while his federation promised to make an official protest.

The U.S. won 1-0 but Pinto was riled the game was played on a snowy field with a covering that became deeper as the game wore on.

“It was an embarrassment to football, disrespectful to the game,” an animated Pinto told reporters.

The game was played at the 19,374 capacity Dicks Sporting Goods Park, home of Major League Soccer’s Colorado Rapids, nestled at the foot of the Rockie Mountains.

Pinto said the “legal conditions” for playing the game were not in place and a Federation official told Costa Rican media that an official protest would be made to FIFA on Saturday.

The referee stopped the game briefly in the 55th minute but only to ask ground staff to clear snow from the pitch markings and the game resumed after a few minutes.

Costa Rica’s players showed little dissent on the field, going close to an equalizer in the second half, but they vented their anger after the game.

“Honestly, it was robbery, a disgrace, I’ve never played a game in these conditions,” said midfielder Cristian Bolanos, who plays with Danish club FC Copenhagen.

“You couldn’t see the ball … if we had played without snow, we would have won, I am sure,” he said.

“We couldn’t play in those conditions, they should have stopped the game in the first half,” he said.

Had the game been abandoned it would have had to be finished in the following 48 hours, causing a logistical problem for both teams who play again on Tuesday.

“Frankly, (stopping) would not have been to the advantage of either of the two teams, since they both play on Tuesday,” Gulati told reporters.

“Obviously you worry about the safety of players and being able to see the ball. The referee and the match commissioner made the decision that the game could continue and I think it was the right decision,” he said.

Gulati said the decision to play in Denver in March had not been based on any desire to have difficult wintry conditions for Central American opponents, but was mainly due to the desire to spend a week at altitude before a game in Mexico City on Tuesday.

“If the thought is that we want to play Costa Rica in a situation where it could snow, then there are some places that maybe could have been better, like Boston or somewhere,” he said.