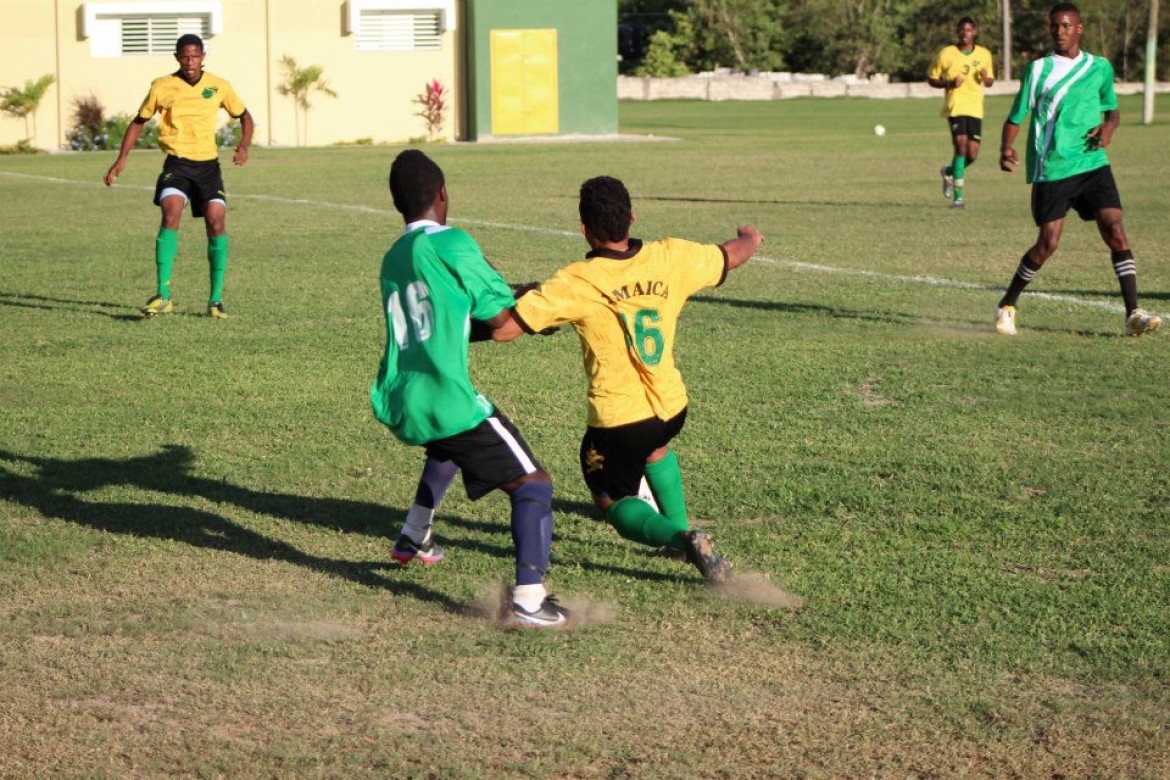 Lack of funding will force Jamaica to kick off this weekend’s final round of CONCACAF Under-17 World Cup football qualifiers short on international match experience, raising caution flags about the players’ readiness for competition. The Young Reggae Boyz begin their bid for a return to the World Cup against Panama on Saturday without the benefit of any warm-up games against non-local competition in nine months because the Jamaica Football Federation (JFF) could not afford the exposure for the players. Jamaica will also play Barbados on April 8 in their final Group A fixture. “The federation is strapped for cash just now,” said head coach Wendell Downswell, who guided the U-17s to the 2011 World Cup in Mexico. “So we’ve not been able to get any form of international games, apart from the games that we played (earlier) in the qualifying rounds.”

Without that test, it’s difficult to predict how the Boyz will react in the qualifiers. “It hurts the team to an extent,” Downswell said. “International exposure … you use that as a measuring stick.” Jamaica reached Panama by winning Caribbean round games against Antigua and Barbuda (4-0) and Bermuda (5-0) last July. The squad has since been restricted to local matches, including Premier League, KSAFA Under-20 and Syd Bartlett clubs. In addition, the U-17s have participated in multiple training camps, the final one which concluded before their scheduled departure for Panama today. The 2011 squad counted a camp in Brazil and two matches each against the United States and Canada among its pre-World Cup experience. That team lost to Japan and Argentina, before drawing with France to earn Jamaica’s first-ever point at the Under-17 World Cup, the country’s second appearance in the tournament following its 1999 debut.

“Those players got far more international exposure by virtue of their preparation going into the tournament itself at that time,” Downswell said. Efforts to secure similar games did not materialise. “(The JFF) explored the possibility of playing a four-nation tournament with the likes of Trinidad & Tobago, Haiti,” Downswell said. “… It fell through.” However, the coach was pleased with the squad’s response. “They’ve looked far more mature … when we’ve looked at them in games we have played and the tactical objectives that we’ve tried to sort of implement,” said Downswell. He believes they are ready for the challenge in Panama. “From a football standpoint, I am confident that we have a good group,” said Downswell. “… In terms of potential, and even [despite the absence of] the international exposure of the first team, in terms of talent, we have a good talent pool.”

The current squad may be just as gifted as 2011.

“Maybe yes, we are there with them in terms of talent,” Downswell said.

If Jamaica finishes in the top two in Group A, they will play in the quarter-finals on April 13. A win guarantees a spot in the World Cup, which will kick off October in the United Arab Emirates.