Asafa Powell: Not here to compete with Bolt 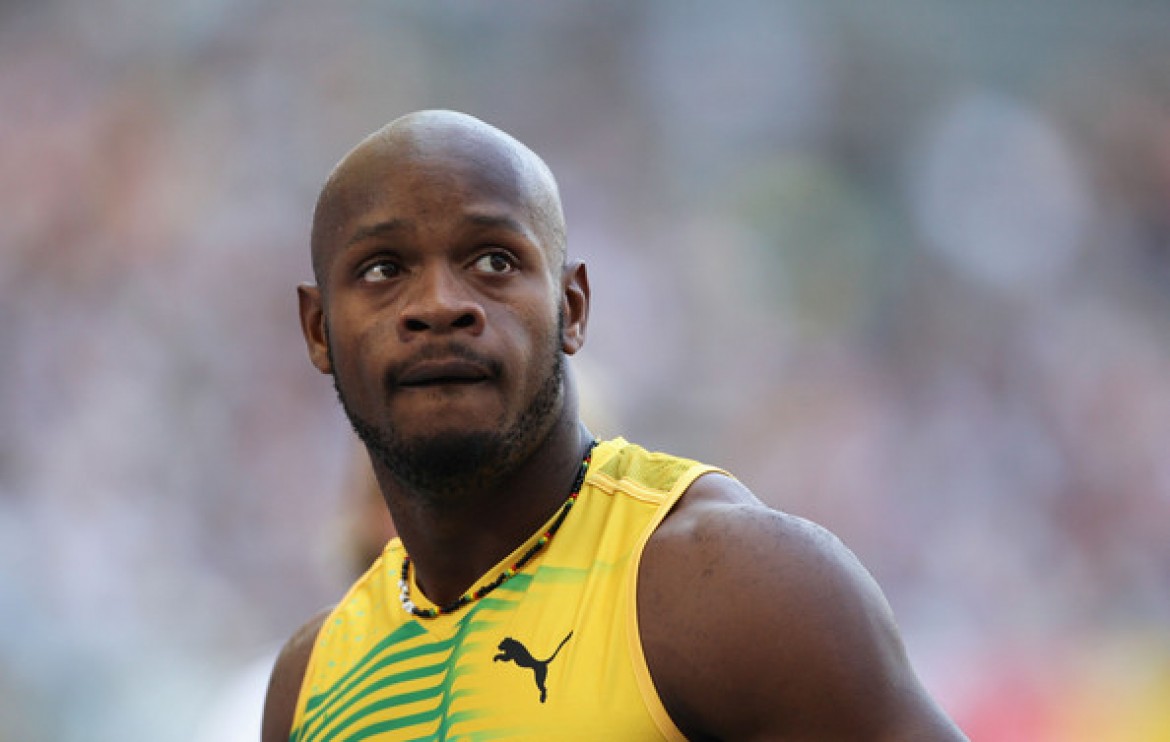 ROME (AP) — In Asafa Powell’s mind, he’s not competing against Usain Bolt. His target is simply winning any 100-meter race he enters.

“I’m not here to compete against Bolt,” Powell said ahead of Thursday’s Golden Gala meet featuring the current and past world record-holders. “The finish line is my target, not Bolt or anyone else.”

Bolt holds a 10-1 career edge over Powell in head-to-head meetings, with Powell’s only win in Stockholm in 2008.

But with Bolt coming off a relatively slow performance of 10.04 seconds in Ostrava last week, Powell could seize an opportunity.

It was the first time Bolt ran over 10 seconds in three years.

Powell began this season with a 9.88 in a narrow loss to Justin Gatlin in Doha this month, then ran 10.02 in the rain in Shanghai.

“At this meet, I don’t know what I’ll do,” Powell said. “Unlike some people who can say they’re going to break records or run 9.7, I’m a human being and I have to wait and see what my body brings.”

Lemaitre is also back in Rome

“I learned last year to look at what I can improve during these races,” Lemaitre said. “I want to see where I’m at tomorrow. I’ve had some poor stretches, but I’m confident I can do well.”

Also entered is 36-year-old Kim Collins, who won gold at the 1993 worlds, then took a bronze at last year’s worlds.

“If you look at who’s in the race tomorrow, it should be a great race, you need to be really fast to win,” Collins said. “An Olympic year is not just competition, but mad competition. … I think this is the year we’ll see eight men under 10 seconds in the same competition, so keep watching.”

It’s the ninth Golden Gala for Powell, who matched Maurice Greene’s stadium record of 9.85 in 2006 before seeing it become the property of Tyson Gay, who clocked 9.77 three years ago.

“Everyone knows that I love coming to Rome, to Italy,” said Powell, who has set up a training base in the northern Italian town of Lignano for years. “I always compete well here, so I always come back.”