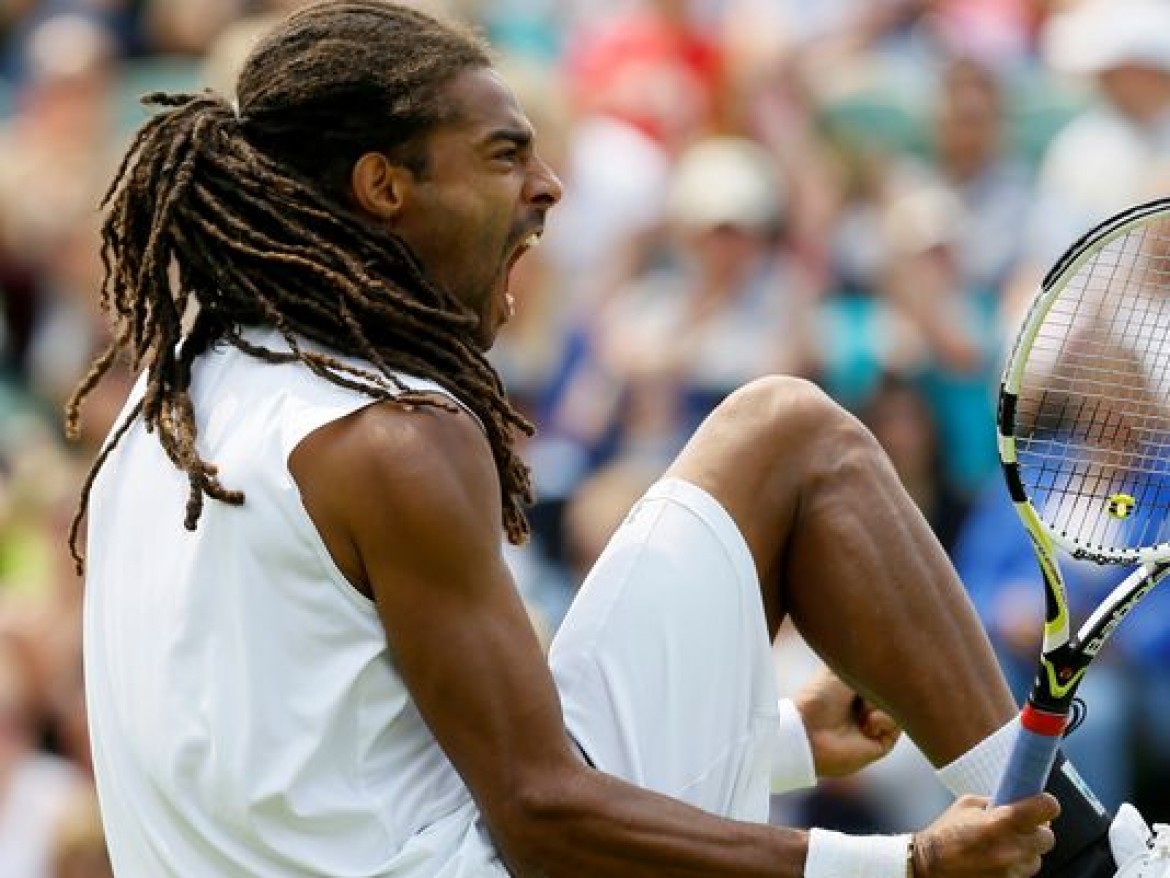 Hewitt, who eviscerated number 11 seed Stanislas Wawrinka on Monday, was in the dark about what to expect.

Even after Brown lost the third set – which saw Hewitt win six successive points in the tie-break – he smiled and headed off for a comfort break before gaining a double-break.

Hewitt boasts a following second only to Murray at SW19 but Brown merely found the Fanatics “amusing”.

Brown is no spring chicken. Aged 28, Wednesday was the first time he had reached the second round of the Championships and on Friday he will play in the third round of a Grand Slam for the first time.

In his first-round match, Brown reduced Garcia-Lopez to a spat with a member of the crowd on the outside courts.

An elderly man shouted that Brown had “more talent in his toenail” than a clearly-rattled García-López, prompting an extraordinary exchange as the German easily served out for a straight-sets win.

Born in Celle, Germany, Brown had to qualify just for the privilege of facing García-López. He slogged it around Europe in a camper van for years as he pursued his dreams, and his tears in victory made the trek worthwhile.

His ATP profile says his idol was Marat Safin, which explains the maverick streak. Like Jamaican cricketer Chris Gayle, Brown seems to saunter when at work, which adds to the aura which charmed those on Court 8 on Monday.

The German turned pro the year Hewitt won at the All England Club. His net charges on Wednesday were a throwback to tennis’ wooden-racquet era in a time when serve-and-volleying is scarce.

Hewitt was dreading “Dreddy”s volleys, with one ostentatious hit a tribute to Arthur Ashe and a diving winner a homage to compatriot Boris Becker. The celebrations were just as good.

“It’s going to take a while to sink in. I’m not really the type of guy to cry,” Brown admitted.