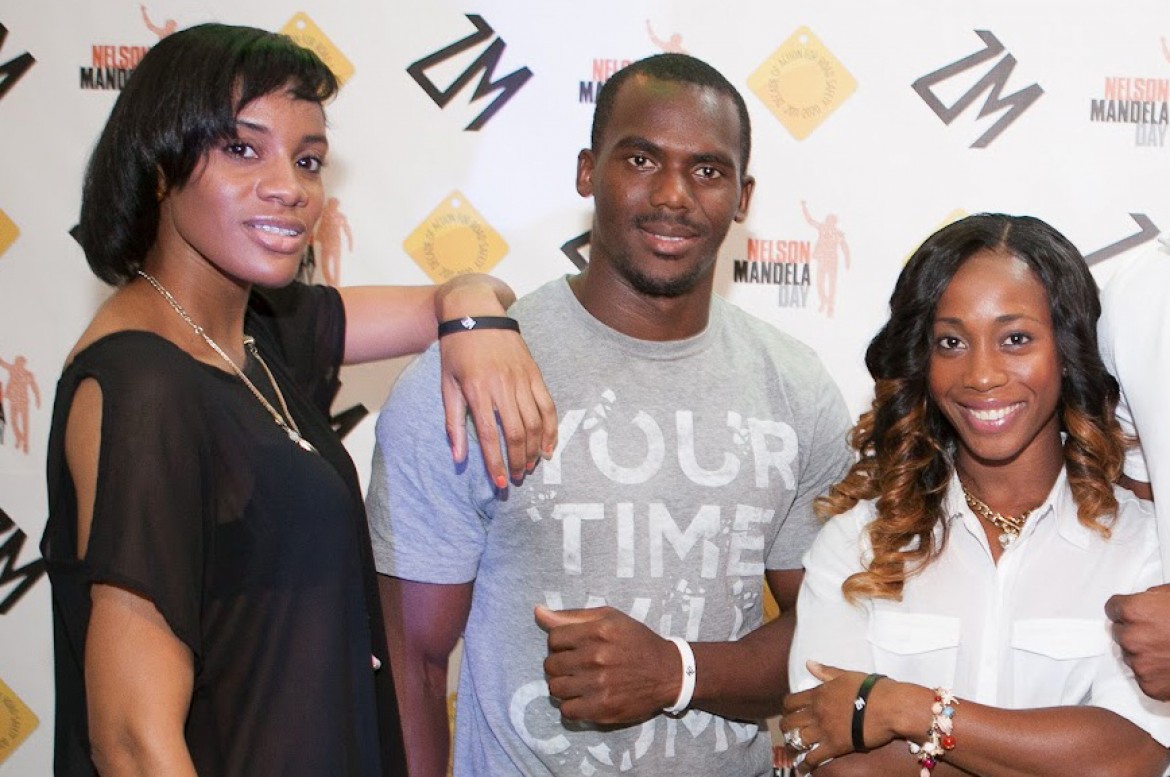 Jamaican Olympic sprint champions, set to be some of the stars of the 2012 Games, are making a special visit to London schoolchildren as part of a global road safety campaign.

The Jamaicans hope their high-profile support, particularly in the run-up to London 2012, will help shine a spotlight on one of the biggest killers in the world, according to Bruce James president of the elite MVP Track and Field Club.

Road crashes are the biggest killer of young people worldwide but these deaths and injuries can be prevented. As we approach the London Olympics the world’s attention is upon us. We are here in London on the world stage so we are taking this opportunity to join the Zenani campaign and to call for action to save children’s lives.

The athletes are joining up with children from schools in Dulwich and Herne Hill who have successfully campaigned for improved road safety in the district.

Zenani Mandela was just 13 when she was killed in a car crash in South Africa on the eve of the 2010 Fifa World Cup.

The campaign, set up by the Mandela family to help protect children, is part of the United Nations Decade of Action for Road Safety 2011-2020.

Its target is to save five million lives and prevent 50 million serious injuries.

Every day 1,000 young people are killed on the world’s roads, with thousands more injured.

Road crashes are already the biggest killer of 10 to 24-year-olds and are set to become a bigger problem for the over-fives in developing countries in the next three years, campaigners say.
Sanders said:

As an Olympic triathlete, I know just how important it is to have safe roads. I’ve had two personal friends lose their very young lives on the roads in separate incidents. It’s totally unacceptable that road crashes are the number one killer of young people worldwide – that is why I’m calling for action to protect children on the roads both in South Africa and around the world.