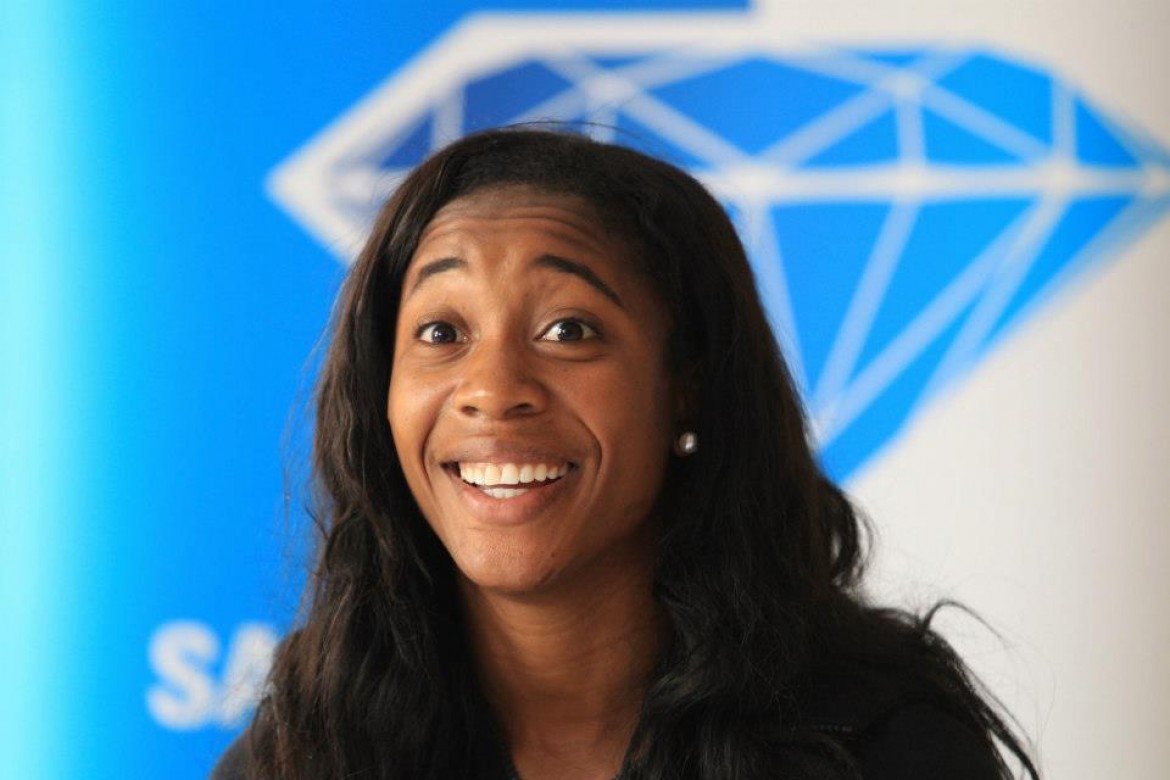 Motivation was also the keyword for another double gold medallist, Jamaican Shelly-Ann Fraser-Pryce, who insists she can hardly be called a legend like her compatriot, Usain Bolt, but that, “If I win in 2016 and become the first woman to win three 100m titles in a row then maybe I will become a legend.”

Having stumbled coming out of the blocks in the London Diamond League and having a slight stutter in Lausanne where she was edged by America’s Carmelita Jeter, Fraser-Pryce admitted there was a problem, but that, “there are still three or more races to work on it”.

2011 was a down year for her – if you can call a year with a season’s best 10.95 a down year – but she insisted it made her more determined: “It set me back really bad, but it motivated me. I became a professional at the age of 21 and every year I get more motivation.”

The theme of women sprinters being sidelined compared to the men came up for discussion and though she conceded that Bolt’s world record show was worth the attention: “We work just as hard, we are very competitive and try to put on a good show.”

That led to a discussion of FloJo’s world record of 10.49, a time that Fraser-Pryce was overawed by – “phenomenal”, she called it, but returned to her theme of improving each year. At the moment, her lifetime best stands at 10.70 from when she won the Jamaican title. So maybe in four years…?

This is the first time she has been in Birmingham and she is aware of the phenomenal support Jamaican athletes get from the local Jamaican populace: “We get a lot of people greeting us on the street and see their pride and joy. I hope we can give them something to cheer about because they don’t have the opportunity to see us normally.”

The Jamaican quartet came off badly in the Olympic 4x100m final compared to the Americans’s winning world record 40.82. Was there any chance of challenging that time in the future? “We all live in different places,” she said, meaning it was difficult for the Jamaican squad to get together to practise, but “all of us are home for Christmas.” So Moscow next summer will witness the next chapter of this particular saga.

By Michael Butcher for the IAAF and Samsung Diamond League