Olympic Champions on show, 15 Diamond Races to be decided 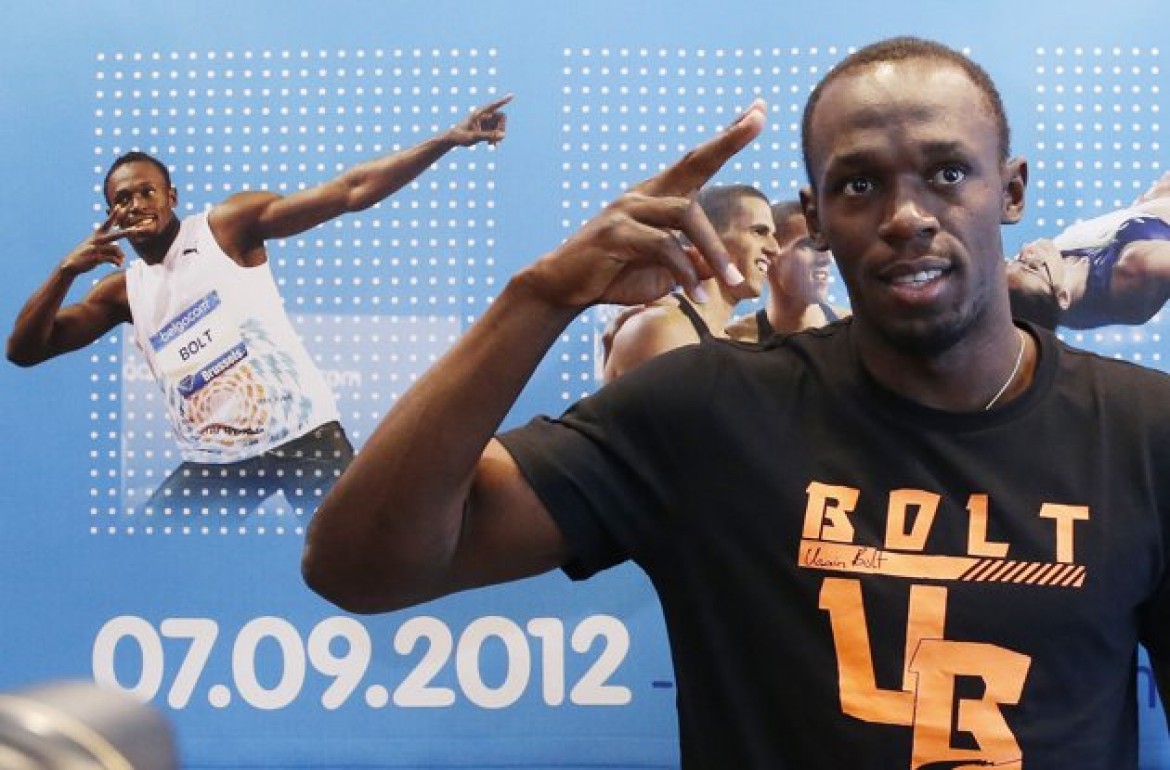 Brussels – Double Olympic sprint champion Usain Bolt will be leading seven London champions at another sold-out edition of the Memorial Van Damme in Brussels on Friday night (7th), the second of two Samsung Diamond League finals and the last meeting of the circuit in 2012.

As with the first final in Zürich a week ago on Thursday, many of the sport’s biggest names will converge on the Belgian capital to battle for the Diamond Trophy in the 15 remaining events.

Four athletes – Paul Kipsiele Koech, Barbora Spotakova, Kaliese Spencer and Chaunte Lowe – are coming to claim the Diamond Trophy they’ve already clinched, but the remaining 11 events are still very much up for grabs. Given the double points on offer in Zurich and Brussels – 8 for first, 4 for second and 2 for third – several scenarios and potential outcomes come into play in the battle for the remaining trophies and the USD 40,000 prize that accompanies it.

Bolt closing his Olympic season with the 100

It shouldn’t come as a shock to anyone that the most watched athlete this weekend will be Bolt, who will be wrapping up his season as the favourite in the 100m.

The 26-year-old Jamaican will be lining up over the short dash for the first time since his London triumph where he blazed to a 9.63 run, his and history’s second fastest performance. He’s won five of his six competitions this season, but that sole loss, to training partner Yohan Blake at the Jamaican championships, seems all but forgotten.

With 8 points, he’s sitting pretty in the Diamond Race as well: only American Ryan Bailey (9.88 SB, PB) with 6 points has the possibility to take the series-long title, but he has to win the race outright, or finish second with Bolt showing no better than fourth. That’s quite likely an order too tall for the rising American star. Jamaican Nickel Ashmeade (9.93 SB, PB), who won the Diamond Race in the 200m last week, and Nesta Carter (9.95 SB) are the field’s other sub-10 men in 2012.

Speaking of Blake, he’s in Brussels as well returning to the track that, he readily admits, changed his life. At this meet last year, Blake clocked a stunning 19.26 over the half lap underscoring the rise in the ranks he illustrated when winning the World 100m title in the wake of Bolt’s false start disqualification. Blake has continued his rise, taking double silver behind Bolt in London and improving his 100m PB to 9.69. This will be his first 200m outing since his superb 19.44 in London.

The event isn’t on the Samsung Diamond League programme, but it promises to be fast. Jamaicans Warren Weir (19.84 SB, PB), the Olympic bronze medallist and Jason Young (19.86 SB, PB) and European champion and World bronze medallist Christophe Lemaitre (19.91 SB) are also in the field.

In the women’s 400m Hurdles, Olympic fourth placer Kaliese Spencer (53.49 SB) of Jamaica has already clinched the Diamond Race with 16 points, 9 ahead of compatriot Melaine Walker (53.74 SB). The pair is expected to hash it out for the victory, one that would be particularly important for Walker, the 2008 Olympic champion, who didn’t advance from the semis in London this year. Zuzana Hejnova (53.38 SB) surprised to get the bronze in London and could easily do so again here.