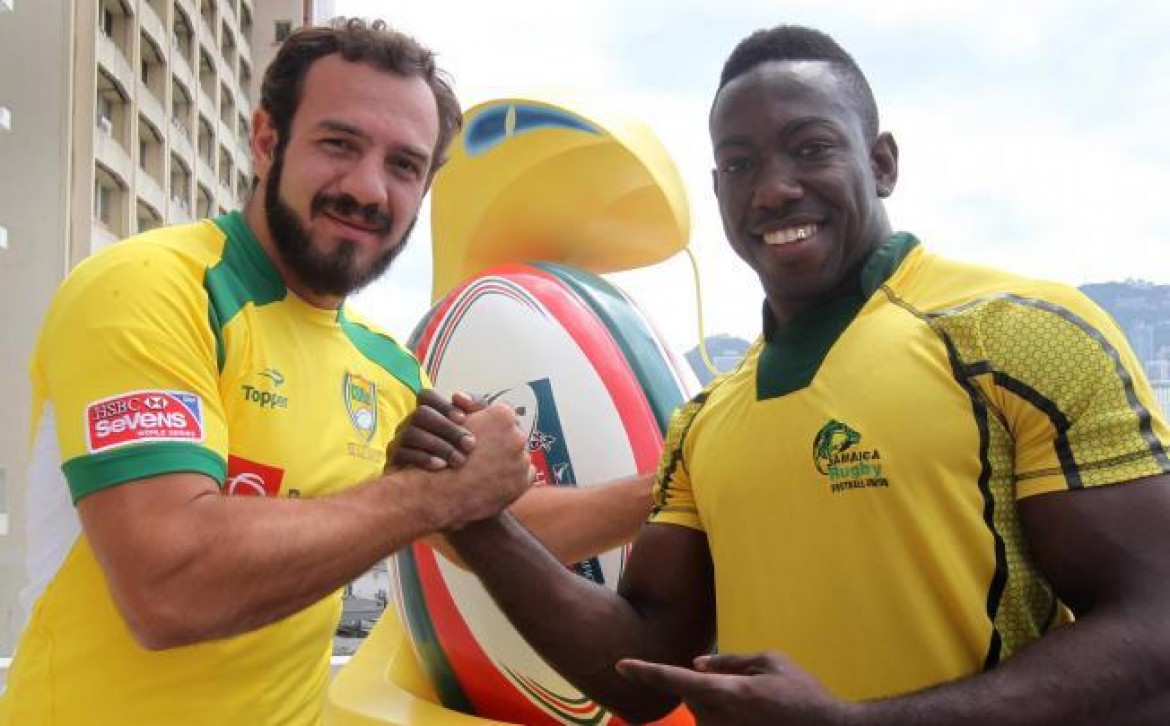 No, they are not called the Reggae Boyz but skipper Tyronie Rowe is quick to point out that he and his teammates can string together a catchy tune.

“Of course, we can all sing reggae, after all we are from Jamaica,” smiled Rowe, who along with his teammates have been left wide-eyed by the lights of Hong Kong – despite surveys that the city is the world’s worst for light pollution – and is eager for their first taste of the Hong Kong Sevens. Unlike their more famous soccer cousins the Reggae Boyz, who enjoyed international acclaim when they qualified for the 1998 World Cup, the Jamaican rugby team are still waiting for their moment in the sun. This weekend will go a long way to giving them confidence and Rowe is hopeful of a praiseworthy debut.

“We are definitely aiming for a top four finish. We have travelled far and we have been waiting a long time for this,” said Kingston-born Rowe.

Jamaica qualified behind Mexico from the North America and Caribbean region for the 12-team pre-qualifying competition this weekend from which four teams will go to London in May for the final qualifying event for core-team status.

Along with Brazil they are first-timers here and are the 52nd and 53rd countries to appear in the history of the event.

“Cricket and soccer is popular but rugby is getting big in Jamaica,” said Rowe, a centre in the national 15s team who plays as a prop in sevens.

“There are around 14,000 players from junior to senior level and qualifying for Hong Kong was a huge blast. It will help grow the game further.”

Brazilian counterpart Fernando Portugal also claimed that rugby was the fastest-growing sport in his country more known for its soccer prowess and its legends from Pele to Ronaldo.

Ever since we got the Olympics and with rugby sevens in Rio in 2016, the game’s popularity has mushroomed. There are now nearly 13,000 players in Brazil. People are crazy about soccer but support for rugby is also growing,” Portugal said.

He added: “We are excited to be here and will try to qualify for London.”

Brazil qualified behind Uruguay from the Consur tournament. By finishing runners-up to regional powers Argentina, Uruguay also made it through to the World Cup in Moscow in June.