Full steam ahead for Asafa Powell 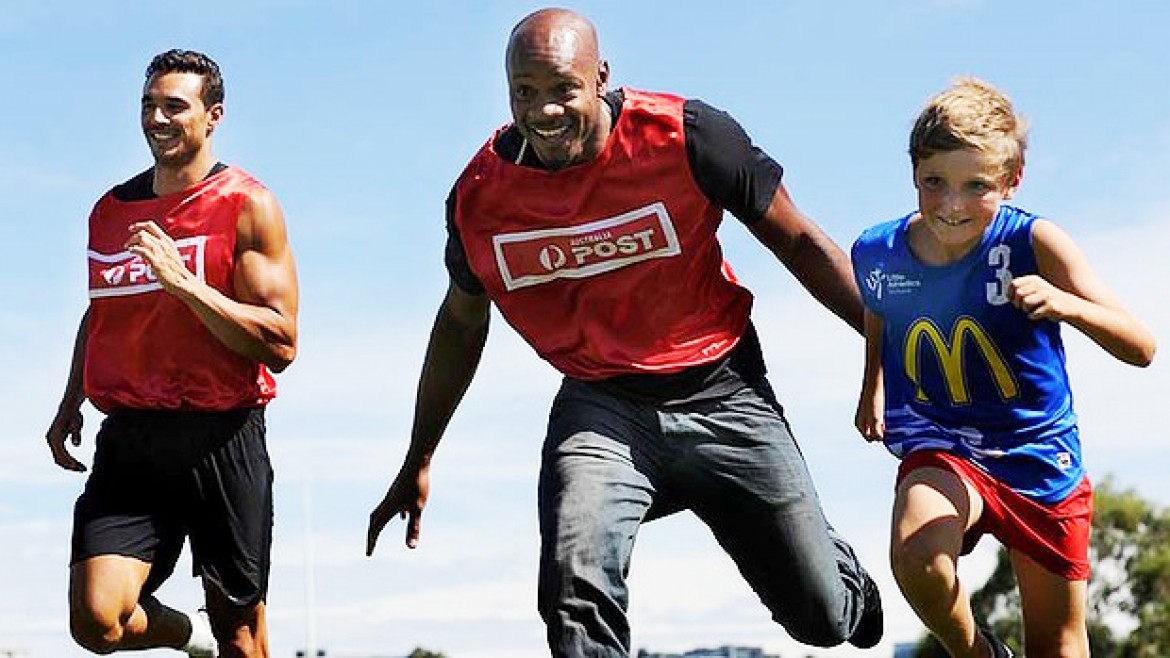 In his last competitive race, Asafa Powell was leading the men’s 100 metres Olympic final about the 30-metre mark. By about 40 metres he had pulled up in pain, another chance for gold gone.

Powell’s next competitive run will be in Stawell on Saturday. From the most-watched sporting event in the world in London’s Olympic Stadium, to Victoria’s Wimmera.

He smiles at the apparent absurdity of it. But for an athlete who has enjoyed success in Australia – he won Commonwealth gold here in 2006 – it was not a difficult sell to return to Victoria.

He is adamant that time and Bolt have not irretrievably passed him by. ”No, you have not seen the best of me yet,” Powell said on Wednesday. ”The best is yet to come because over my career I have been injured … So hopefully injury free this year.”

And what of Bolt. ”Everyone wants to beat him. He is very strong, very fast, everyone is working hard to beat him because he is the man to beat in the world at the moment. It is not going to be easy.”

After London, Powell took two months off to rest and allow his injured groin to recover before building his training.

”I am in pretty good shape, not the best yet because we are still in background training, I haven’t really started speed training yet,” he said.

The Jamaican runners train on grass so the unusual Stawell track meeting will not be too confronting. What will be more confronting is the fact he is renowned as a very fast starter who comparatively trails off in the second half of races.

At Stawell he will be running from scratch and will have to overhaul the handicapper’s marks for the runners ahead of him. ”I normally chase pretty well … I always start well and everyone is always chasing me, so now the field has turned,” he said.

Article by Michael Gleeson, The Age