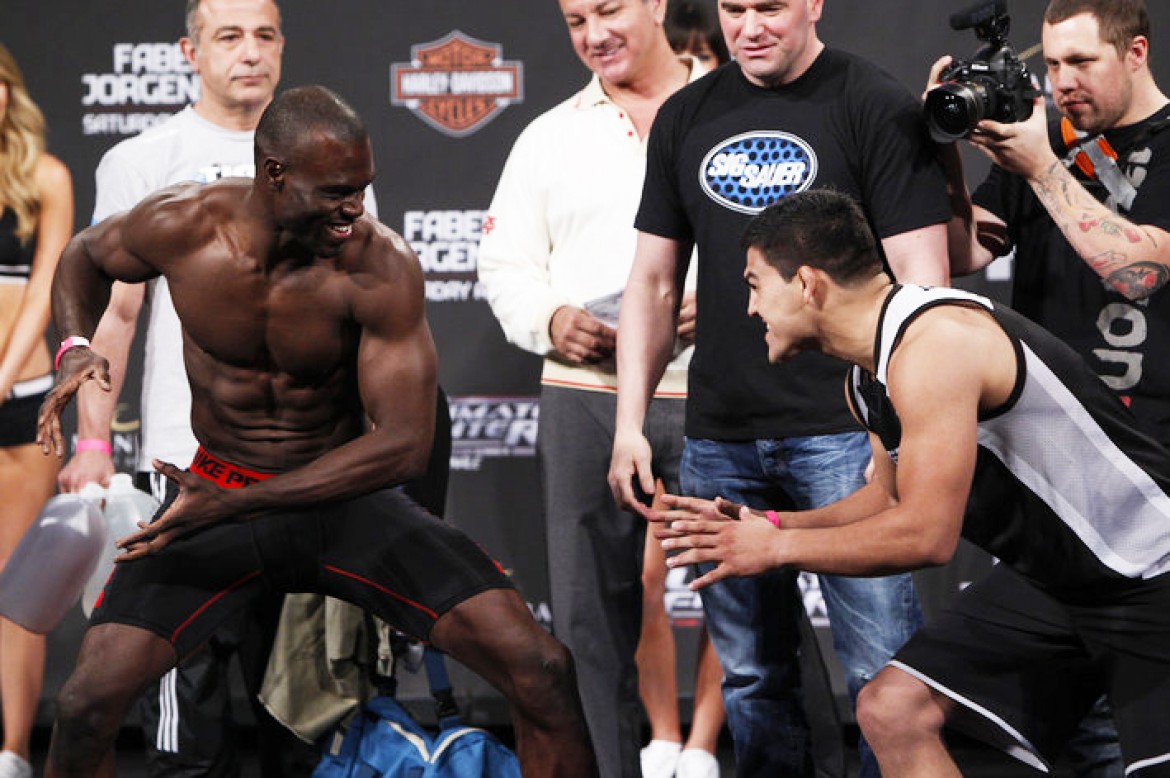 Uriah Hall is a Jamaican Mixed Martial Artist (MMA) artist currently fighting as a middleweight. He is the current Ring of Combat Middleweight Champion. He has fought notable fighters like Chris Weidman and Costa Philippou.

Uriah Hall was born in Spanish Town, Jamaica but moved to Queens, New York in the United States at the age of thirteen. Upon his arrival in a new country, he was bullied at school but found refuge in martial arts. He is a second degree blackbelt in Tiger Schulmann’s Mixed Martial Arts under Tiger Schulmann and also competed as a kickboxer in the World Combat League.

A contestant on The Ultimate Fighter: Team Jones vs. Team Sonnen. From early days of their time in The Ultimate Fighter house, their roles were cast. Uriah Hall was the flashy, powerful favorite, capable of intimidating the opposition, while Kelvin Gastelum was the inexperienced underdog, the last pick on his team. Hall was one of the heaviest favourites in TUF Finale history, having delivered a series of brutal knockouts during his run to the final.

It was an unlikely pairing to end the season, but they both survived the tournament structure to meet in the TUF 17 Finale, where the roles finally got upended.

“I can’t even put it into words,” an emotional Gastelum said after completing his storybook finish.

The fight was action-packed. From the beginning, Gastelum let Hall know he wouldn’t be intimidated, trading strikes with Hall and taking him down twice. During the opening five minutes, he out-landed Hall 39-19, according to FightMetric.

Hall turned the tide in the second, firing off his jab and letting his legs go in attacking Gastelum’s lower body. Hall even scored two takedowns of his own in the round.

The third round was pivotal, and its scoring will probably be debated in the coming days. While Hall no doubt landed the more significant strikes and out-landed Gastelum 35-18, Gastelum scored a pair of takedowns, and had Hall on his back for about the last 75 seconds of the bout.