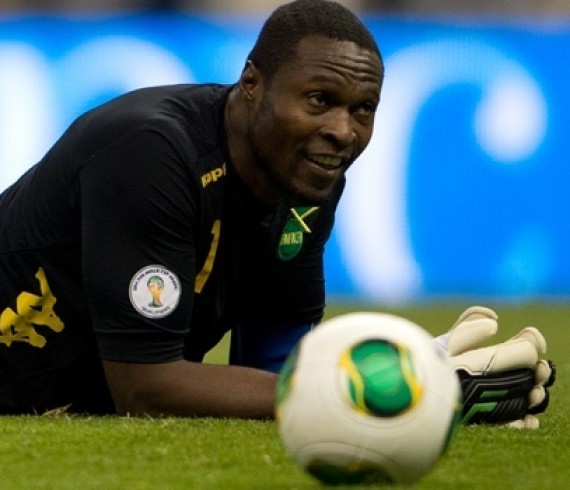 by admin· March 18, 2013· in Brazil, FIFA, Football, Jamaica, News, Reggae Boyz, Rio 2014, Sourced· 35 comments tags: Football, Jamaica, Reggae Boyz, Soccer, Sports Jamaica, The Reggae Boyz
Donovan Ricketts remembers the summer of 1998 well: “People ask me about France ’98, ask me to make comparisons to that team in every interview I do,” the veteran goalkeeper told FIFA.com with a kindly laugh, recalling Jamaica’s first and only trip to a FIFA World Cup. “It was a long time ago, and I was very young.” Ricketts’ teammates in the current Jamaica team watched the ‘98 Boyz huddled around TVs in their neighbourhoods, playing and carrying on with their friends in the streets. They were just boys and they dreamed recklessly of being the ones on those screens someday. But Ricketts was there in the flesh, a 20-year-old back-up goalkeeper soaking it all in from the bench. “The experience was crazy,” said Ricketts, now with Major League Soccer’s Portland Timbers. “It meant so much to Jamaica and to me.” “That team from ’98 was a better team than now,” added Ricketts, now 35, vice captain, and approaching a century of caps. “Most of us were playing our club football in Jamaica, so we were together in camp day in and day out,” he said of that 1998 side, coached by Brazilian Rene Simoes, that captured the world’s attention. […] Read More