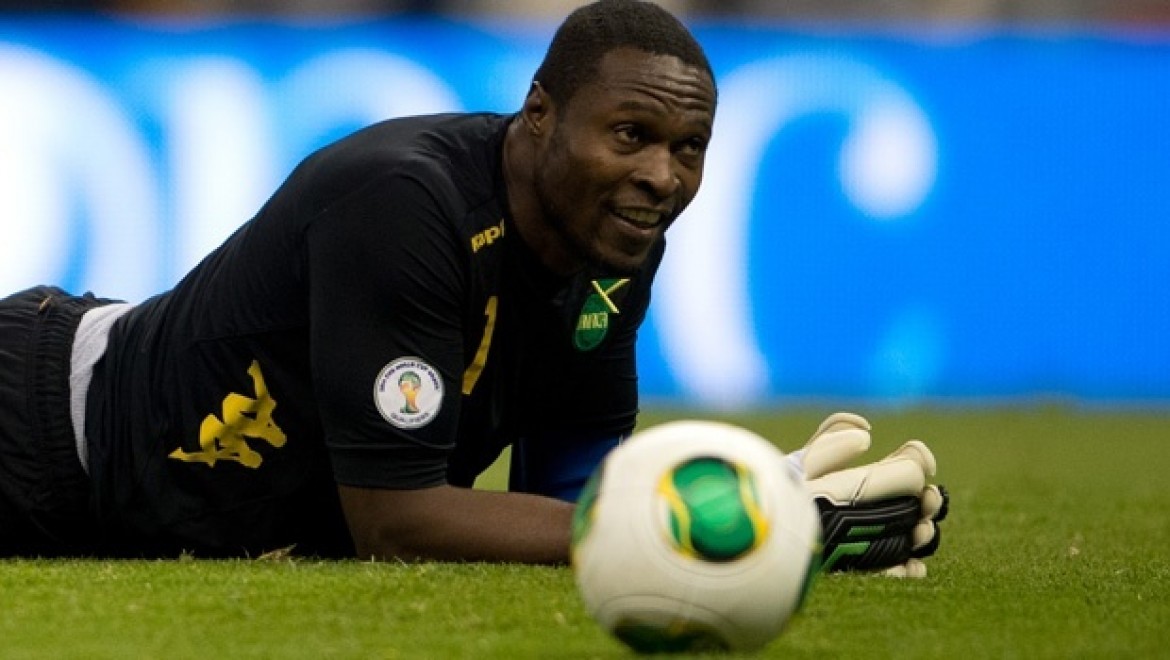 Donovan Ricketts remembers the summer of 1998 well: “People ask me about France ’98, ask me to make comparisons to that team in every interview I do,” the veteran goalkeeper told FIFA.com with a kindly laugh, recalling Jamaica’s first and only trip to a FIFA World Cup. “It was a long time ago, and I was very young.”

Ricketts’ teammates in the current Jamaica team watched the ‘98 Boyz huddled around TVs in their neighbourhoods, playing and carrying on with their friends in the streets. They were just boys and they dreamed recklessly of being the ones on those screens someday. But Ricketts was there in the flesh, a 20-year-old back-up goalkeeper soaking it all in from the bench. “The experience was crazy,” said Ricketts, now with Major League Soccer’s Portland Timbers. “It meant so much to Jamaica and to me.”

“That team from ’98 was a better team than now,” added Ricketts, now 35, vice captain, and approaching a century of caps. “Most of us were playing our club football in Jamaica, so we were together in camp day in and day out,” he said of that 1998 side, coached by Brazilian Rene Simoes, that captured the world’s attention. “We may have better players now, technically, but for commitment you can’t match those 1998 Boyz.”

Theodore Whitmore wouldn’t argue. Now Jamaica’s coach, he scored twice against Japan in those heady days nearly 15 years ago. “This team we have now has the potential to be as good as the side we had in France,” said the coach, known as Tappa in his playing days. While Ricketts pines for the days when it was all a more homespun affair, coach Whitmore insists on discipline and commitment in his squad, no matter how many, or how few, days they spend in camp.

“We only had two training sessions together before we went to Mexico,” laughed Ricketts, making light of Jamaica’s historic 0-0 draw at the Azteca to open the final Hexagonal round of qualifying last month. That result makes it quite clear: the Jamaicans are looking a good bet to reach the world stage again, in Brazil in 2014.

It means everything to Jamaica to get back to a World Cup. The whole country would roar us on again. ~Donovan Ricketts, Jamaica goalkeeper.

The draw on the road in Mexico, against the region’s top team, was a first for Jamaica. Ricketts has played in the notorious Azteca many times in his long career and never before came away with anything but self-doubt and hopes for the future. The celebrations on the pitch after the final whistle, and among Whitmore and the subs on the touchline, spoke to just what it all means.

“We frustrated the Mexicans, you could see that,” said Ricketts, who played in England with Bradford City and was named 2010 goalkeeper of the year in MLS during his time with LA Galaxy. “We took their huge crowd out of the game and when we started stringing some passes together, they started cheering for us and jeering their own team!”

Ricketts dismisses talk of being the undisputed hero of the day, but he was a true giant over the 90 minutes at Azteca. He plucked every long ball out of the air and denied Mexico’s stable of world-class marksmen, most notably a double save from Manchester United ace Javier Chicharito Hernandez in the dying moments. “It wasn’t me, man, it was our defence,” he said nonchalantly, refusing the opportunity to trumpet what might well have been the game of his life. “We decided we wanted something before we kicked-off, and we played for a draw. We stifled their speed up the flanks with four defending backs across the line.”

The Jamaicans had their chances to win the game too. Ricketts’ Timbers teammate Ryan Johnson, on for injured all-time top-scorer Luton Shelton, missed two clear chances. “We could have won, but let’s be serious, a point on the road against Mexico is a good start, plain and simple,” said Ricketts.

Veteran that he is, Ricketts warns against complacency. He knows the CONCACAF ‘Hexagonal’ is a long and winding road, with ups and downs. “We did a big thing on the road, but if we can’t defend that start at home, it was pointless, doesn’t matter at all.”

Jamaica’s next test comes on 22 March in Kingston against Panama, a side much improved in recent years, but one that the Reggae Boyz will expect to beat. “We never beat Panama in qualifying, so we will be extra motivated,” said Ricketts, born in Montego Bay, who laughs when asked about playing at the stadium known simply, and by all, as The Office. “It’s intimidating there, even for us Jamaicans,” he added of the ground where the Boyz beat USA in the previous round. “It’s hot, and the fans are right on top of you.”

Four days later, all 6’5 of Ricketts is back on a plane for a date with Costa Rica in San Jose. “We’ll be aiming for a point there, that’s what we do on the road. That’s how we’ll get it done,” he concludes with the confidence of a man who’s seen and done it all before, allowing himself just a moment to dream. “It means everything to Jamaica to get back to a World Cup. The whole country would roar us on again.”