Usain to play for United: Bolt lined up for Madrid friendly 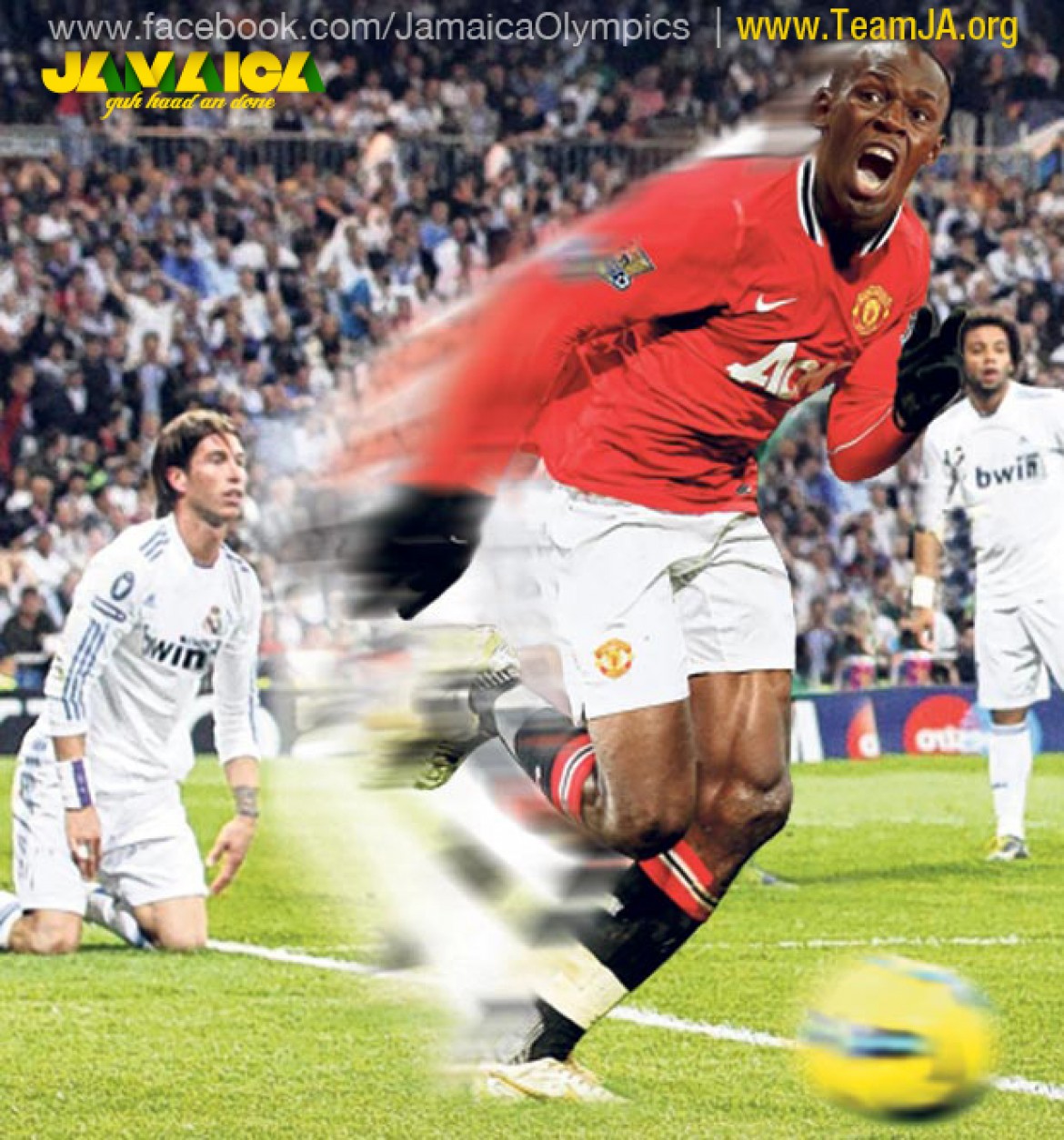 Usain Bolt is being lined up to play for Manchester United against Real Madrid.

The sprint king — who is a huge Red Devils fan — could appear in a glittering friendly next season.

Bolt, 25, was guest of honour at United’s first home game of the season against Fulham, when fans cheekily urged boss Sir Alex Ferguson to “sign him up”.

Now Ferguson, 70, has hinted he could make the Jamaican’s lifelong ambition come true.

He said: “Usain’s a character and a big United fan.

“But it’s interesting he says he’d like to play in a charity game. It could be brilliant, and next year when we play Real Madrid’s Legends again, there could be opportunities to bring him up and see how he does.”

Just last month, Bolt told The Sun he would happily quit athletics for a spot in the United squad.

Fergie also revealed how he cashed in after backing Bolt to win the 100m and 200m at the London Games.

He said: “I must thank him because that was my biggest bet. Bolt was 4/5 to win each of them a week before the Olympics started. It was a brilliant bet.”

Ferguson added: “I watched all the Olympics. For us to get 29 gold medals was terrific. It was probably the most uplifting thing that’s happened in Britain for a long, long time.”