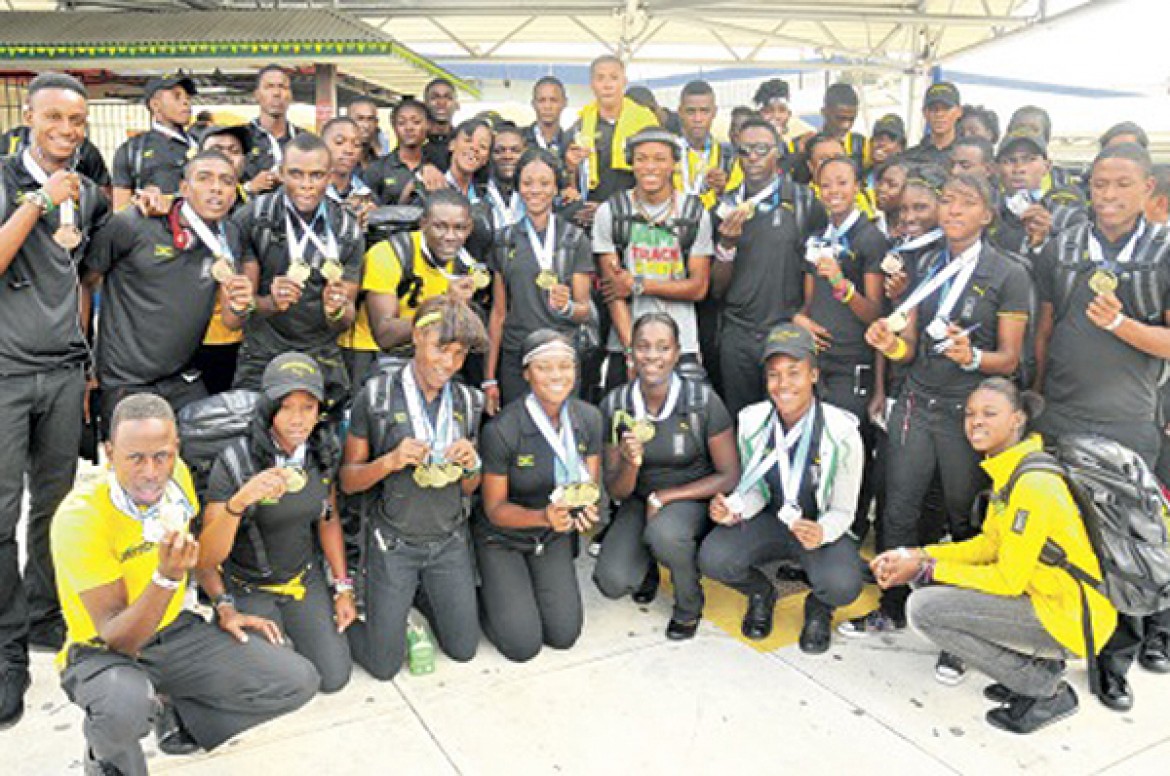 On the track and in the field, the Carifta Games was Jamaica’s business as usual. A total of 69 medals and a 28th straight year on top don’t lie. Off track, burning questions beg for good answers. As soon as young star Michael O’Hara was declared ill with a full-blown case of chicken pox, a red flag went up.

Apparently, young O’Hara arrived in The Bahamas afflicted. It makes you worry for those with whom he travelled there and for his family, friends and colleagues at Calabar. If the virus was passed on to the Carifta team and those they came close to in The Bahamas, the consequences are dire.

Presumably, the Carifta officials were convinced that the crisis was well handled by the Jamaican team. Otherwise, they would have had no choice but to send Jamaica home.

That would have killed off the Carifta Games, but the health concern would have had top billing. As things stand, it’s critical to check how O’Hara became infected and to care for any others who may be in danger. I’m no public-health expert, but the first step seems to be an immediate check with his family and his schoolmates.

On the field of play in The Bahamas, Jamaica dominated again. O’Hara’s Calabar teammate, World Junior champion Federick Dacres, did half of an expected double. The throws prodigy won the discus, but was off the podium in the shot.


That, an injury to World Youth 100 winner Odail Todd, and a runner-up finish for Jazheel Murphy in the Under-20 100 aside, Jamaica had very few disappointments at the Games.

Beyond that, the line-up put our fastest runners on first and second leg. It might have been prudent to use our aces in the pack on second leg and anchor.

Also of note was Simoya Campbell. Now at the University of Technology, Simoya took the Under-20 for the third time in a row. That’s something only Jamaicans Carletta McNab, Inez Turner and Carlene Robinson have ever done before at the Carifta Games.

The Games also revealed two names to watch from elsewhere in the region. Bajan sprinter Mario Burke won going away in the Under-17 100 and lost narrowly to Manley in the 200 metres. He put an exclamation point on his emergence with a blazing run to give Barbados the silver in the 4×400. His speed and form may put him in the mix at this summer’s World Youth Championships.

His 100-metre success is the first for Barbados since Obadele Thompson won in both 1991 and 1992 in the Under-17 category.

The other name to watch is Jenelle Scheper. There’s no straight line from early success to sustained achievement, but Scheper leapt to an Under-20 high-jump record of 1.87 metres. That added one centimetre to a mark set by fellow St Lucian Laverne Spencer. Given that Spencer is now the leading high jumper in the English-speaking Caribbean, Scheper must feel good.

As expected, no one was close to Jamaica in the chase for team honours. However, the hosts had the satisfaction of having the undoubted star of the Games in Shaunae Miller. First, she cruised to victory in the Under-20 400 in 51.64 seconds. Then she outran Jamaica’s persistent Shericka Jackson in the 200, 22.77 to 22.84 seconds. Both set personal best times.

Miller, already the United States collegiate indoor 400 champion, could be a contender by the time the 2016 Olympics arrive.

Jamaica’s trip to the Carifta Games started under a cloud of concern, and 69 medals later, the athletics was business as usual. However, the medical matters have to be resolved before we can truly have a happy ending.