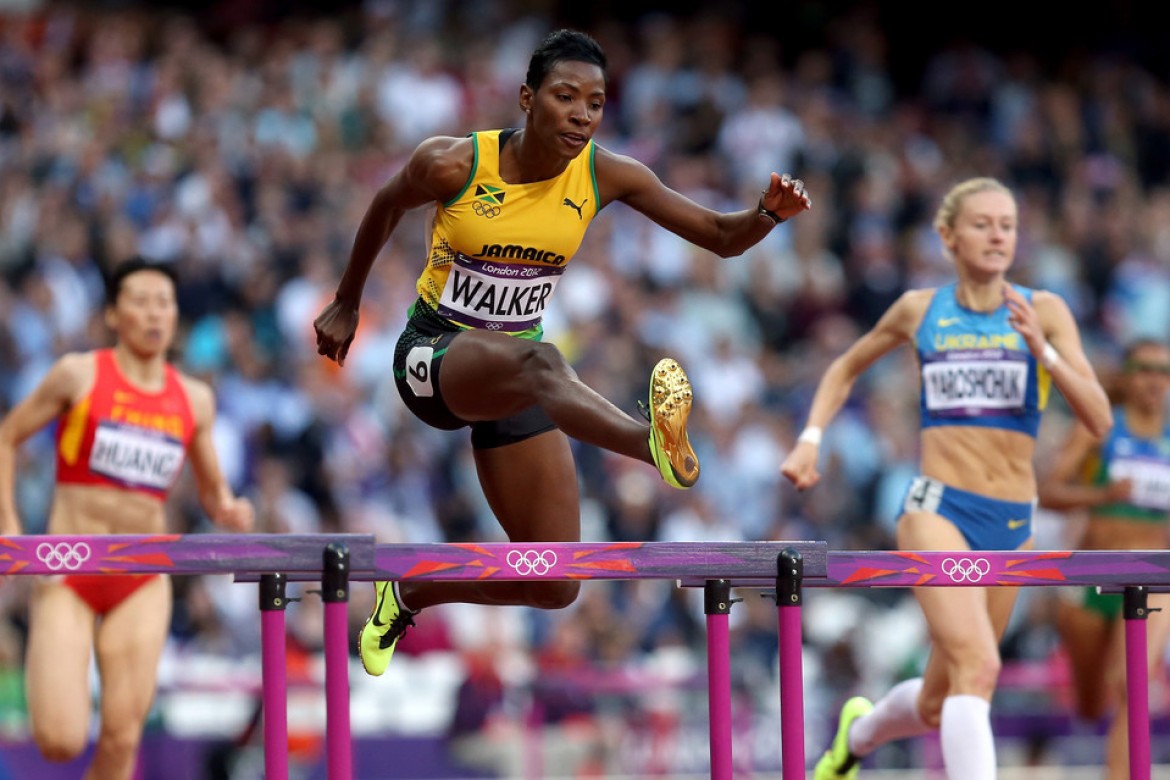 Melaine Walker, the 2008 Olympic 400-metre hurdles champion and 2009 IAAF World champion, will get the first test of her credentials as a sprint hurdler when she takes on 2012 Olympic silver medallist Dawn Harper at the Jamaica International Invitational (JII) on May 4.

Donald Quarrie, meet director of the JII, said he got word from the hurdler’s handlers weeks ago requesting a lane in the sprint hurdles. The 30-year-old Walker, who is the second-fastest woman of all time over the 400-metre hurdles, recently went through a very public break-up with her former coach Stephen Francis of the MVP Track Club over her ambitions to pursue the sprint hurdles.

Now being coached by Fitz Coleman, who is guiding the development of 2012 Olympic bronze medallist Hansle Parchment, Walker will get an early taste of what it will be like going up against some of the world’s best as in addition to Harper, the 2008 Olympic champion, who has a personal best of 12.37 seconds, she also faces two-time NCAA champion Virginia Crawford (12.48) and Jamaica’s Olympic sprint hurdles semi-finalist Shermaine Williams (12.78). Walker’s best time in the event is 12.75 which was achieved back in 2006.

On the men’s side, Parchment will take on the likes of Dwight Thomas, Briton Andy Turner and American Antwon Hicks, a previous winner at the JII.

The men’s 100 metres will be without 2011 World Champion Yohan Blake, who will be absent because of injury, but it will still be one of the main draws of the Invitational as it pits Jamaica’s fast-rising sprinter Kemar Bailey-Cole of the Racer’s Track Club against American veteran Darvis Patton. The 35-year-old American became the sixth-fastest man of all time under any condition when he clocked a wind-aided 9.75s (4.3m/s) in late March at the Texas Relays. Antigua’s Olympic finalist Daniel Bailey, 2010 Commonwealth Games champion Lerone Clarke, and 2012 Olympic 100-metre finalist, the American Ryan Bailey, are also down to compete.

Blake’s more celebrated training partner, six-time Olympic gold medallist and world-record holder Usain Bolt will race his long-time friend and rival Wallace Spearmon over the 200 metres. Former St Jago standout Nickel Ashmeade, one of the fastest men in the world in 2012 over the 200 metres, and Olympic bronze medallist Warren Weir also have lanes in the event. In the women’s equivalent, Shelly-Ann Frazer-Pryce, the Olympic silver medallist will do battle against countrywoman Kerron Stewart and the USA’s Bianca Knight.

Veronica Campbell-Brown, a two-time Olympic 200 metres champion, will be looking to rebound from her surprise loss to American Natasha Hastings over her pet event last weekend when she takes on her perennial rival Alyson Felix and Trinidad and Tobago’s Olympic 100-metre finalist Kelly-Ann Baptiste in the 100 metres.