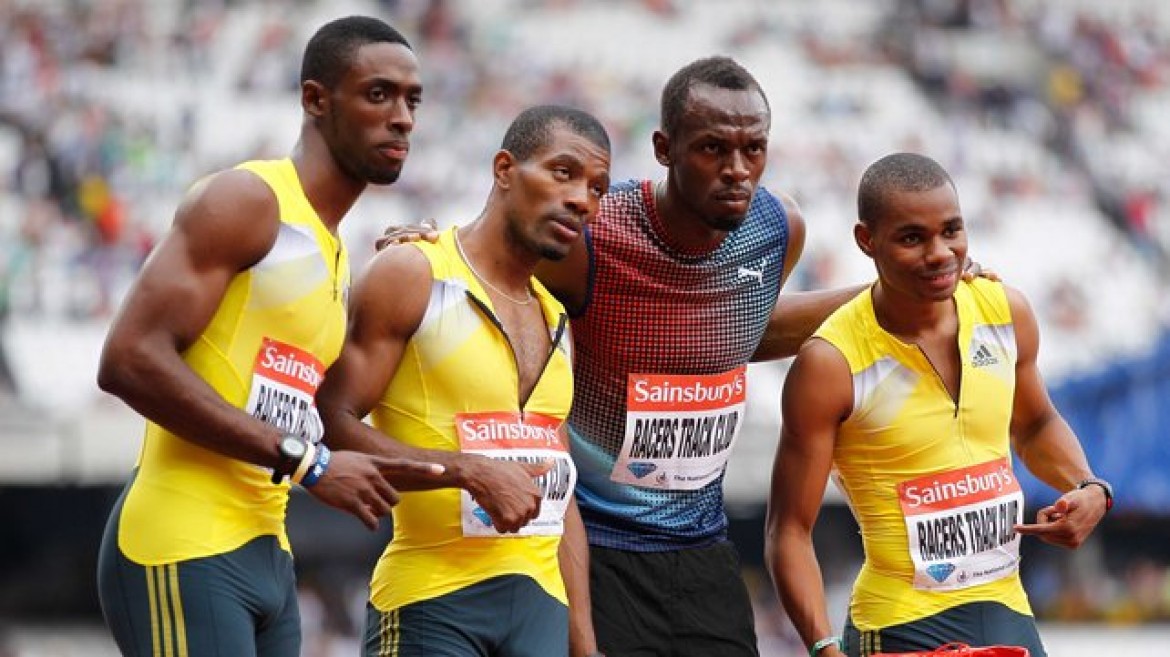 Usain Bolt anchored a Jamaican relay team to victory Saturday at the London leg of the London Diamond League Sainsbury’s Anniversary Games in the Olympic Stadium, exactly a year after the start of the Summer Games in the British capital.

The Racers Track Club finished the 4×100 race in 37.74 seconds, a day after Bolt’s victory in the individual sprint in the London stadium where he swept three gold medals last year.

Bolt is warming up for the world championships in Moscow next month where he is looking to regain his 100-meter title.

Saturday’s race could be the last time Bolt competes in Britain — unless the country changes its tax laws for overseas athletes.
[hr]
[column2]