No jumping the gun for Usain Bolt in Moscow 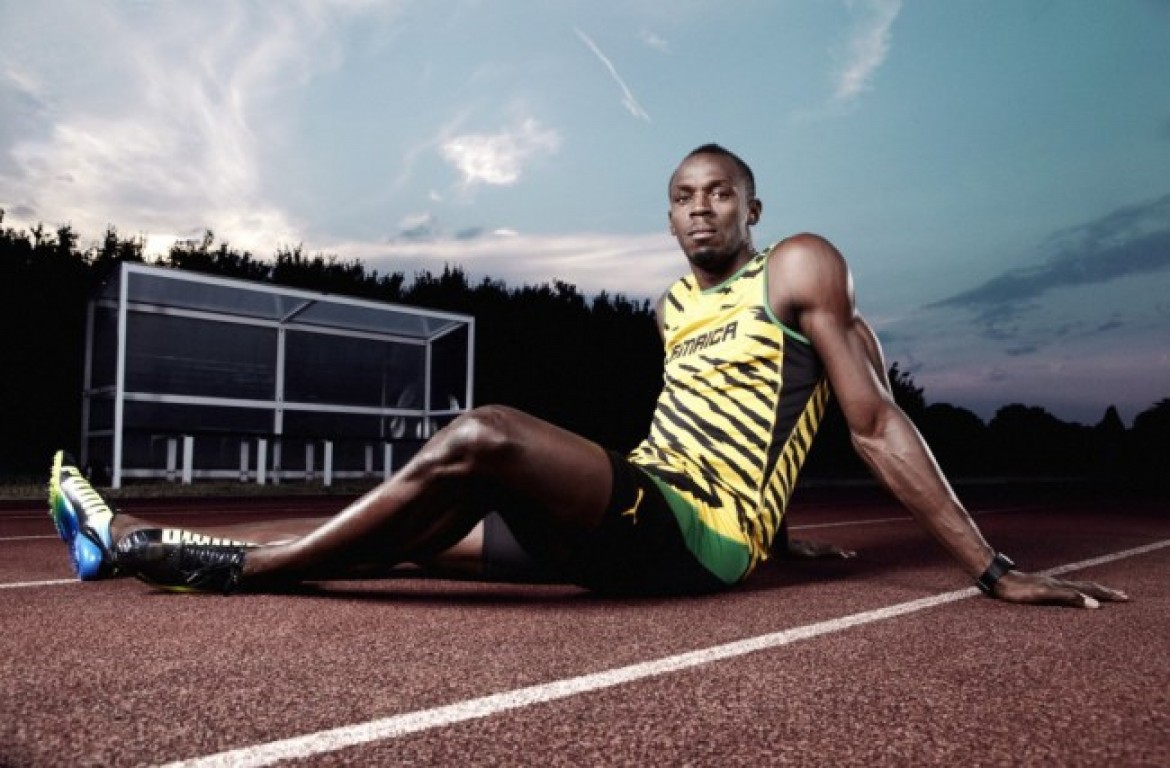 That infamous false start is no longer of concern to Usain Bolt as the six-times Olympic gold medallist heads to the world championships in Moscow ready to regain the 100 metres title he lost so ignominiously in 2011.

On that fateful day in Daegu, a stunned stadium watched as the distressed champion pulled off his running vest and looked up to the sky in disbelief after clearly leaving his blocks before the gun sounded to mark the start of the 100 final.

Since then, Bolt has, on occasion, been beaten but the Jamaican arrives in Moscow as the brightest of favourites in a world championships shorn of many of its leading lights through injury — including Blake — or positive dope tests.

“My coach keeps reminding me that I’m not a good starter so don’t worry about the start and go when the gun says go, that is the plan,” a jovial Bolt told reporters after winning the 100 at last week’s Diamond League meeting in London.

“I figured out what I did wrong from my mistake. I went to the Olympics and I did well so it’s behind me now all I have to do is go there and compete.”

Bolt went on to dazzle the crowds at the London Olympics, playfully declaring himself a legend after winning 100, 200 and relay golds to match his feat from Beijing in 2008.

However, those hoping the fastest man in history, who set the 100 and 200 world records at the 2009 championships in Berlin, will go even faster in the Russian capital are likely to be disappointed.

Bolt, by his own admission, is ‘race rusty’ after his early season was dogged by a hamstring injury.

He looked sluggish when suffering a surprise defeat over 100 metres to American Justin Gatlin in June and despite clocking a season’s best of 9,85 to win in London last month, conceded his start had been so poor that in a stronger field he would “probably be fifth or something”.

Bolt has the 100 and 200 heats in Moscow to fine tune his race-day display and ensure the crowd are treated to his trademark ‘archer’ celebration which inevitably follows his victories.

The 26-year-old will also not be lining up against the men likely to have pushed him hardest — 2007 double sprint world gold medallist Tyson Gay and world champion Blake.

American Gay, along with former world record holder Asafa Powell, has fallen foul of the drugs testers while Blake will not defend his title because of a hamstring injury.

Bolt’s main rival for the 100 gold is likely to be Gatlin, a twice-convicted doper who returned from a four-year ban in 2010 which will not help a sport struggling with its image following a deluge of failed drugs tests across track and field events.

Having long been the sport’s meal ticket, Bolt now finds himself central to maintaining its credibility.

“I can’t determine how much the sport needs me, I think other people determine that,” he said when asked how much athletics needed him.

“But as a person I try to assist the sport, try to do great things and to put the sport in to a good light and that is what I’m here for.

“You guys are here to tell people that Usain Bolt is needed for the sport or whatever, but I am just here to do my best and to prove to the world that it is possible to run clean and train hard and be focused.”