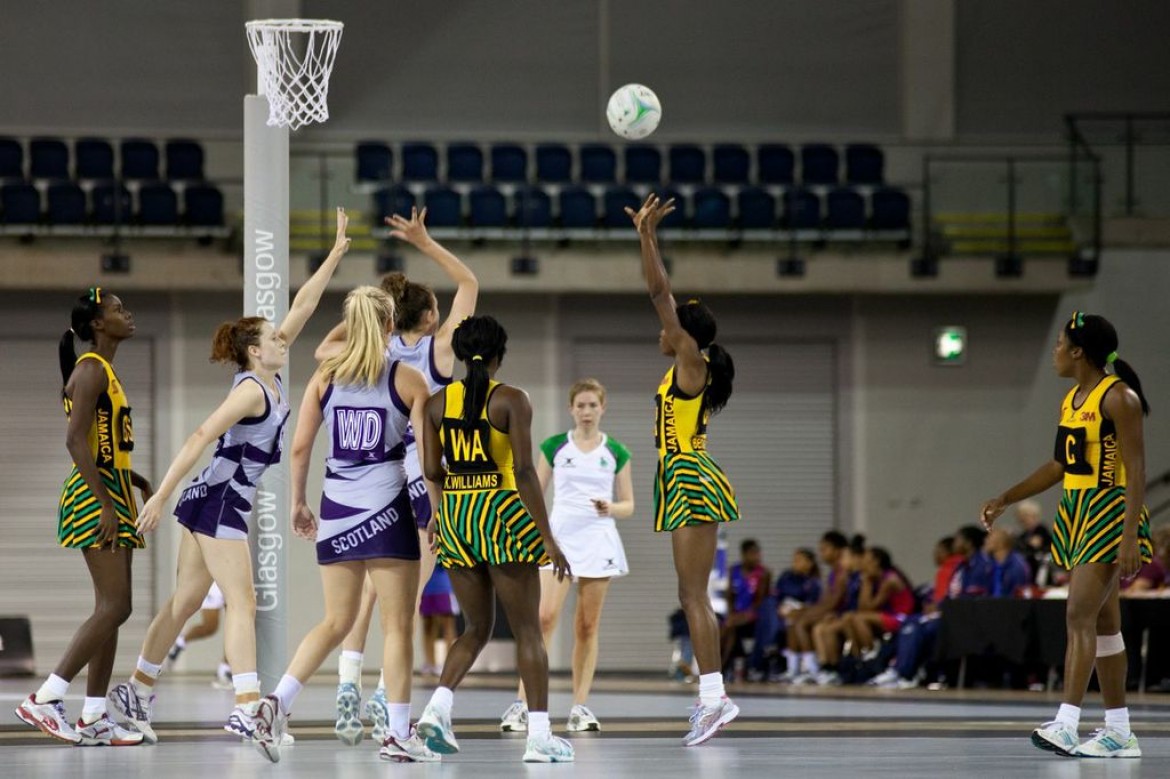 [hr]
Top dogs of group C Jamaica and Scotland battled it out on court for the number one spot, and Jamaica convincingly beat the hosts 65-30.

The Scottish defence worked well together in the first half with some effective pressure.

Goal Keeper, Shaungah McCuaig played particularly well, hassling her shooter with good effect, but the ball lay firmly with the Jamaicans as they powered it through the court, building up a lead of 18 goals to 9 at the first break.

The start of the second quarter saw a small glint of hope for Scotland. They started the quarter strongly and looked set to bring back the lead.

However Jamaica retaliated with a 10 goal scoring spree and from then on it was all down hill for the Scots.

Despite the loud cheering from the home crowd, Scotland couldn’t hold it together and unforced errors began to creep in. Jamaica remained consistent, and eased through the remainder of the match.

With two games left of the group stages, Jamaica’s captain Vangelee Williams was fearless in her expectations.