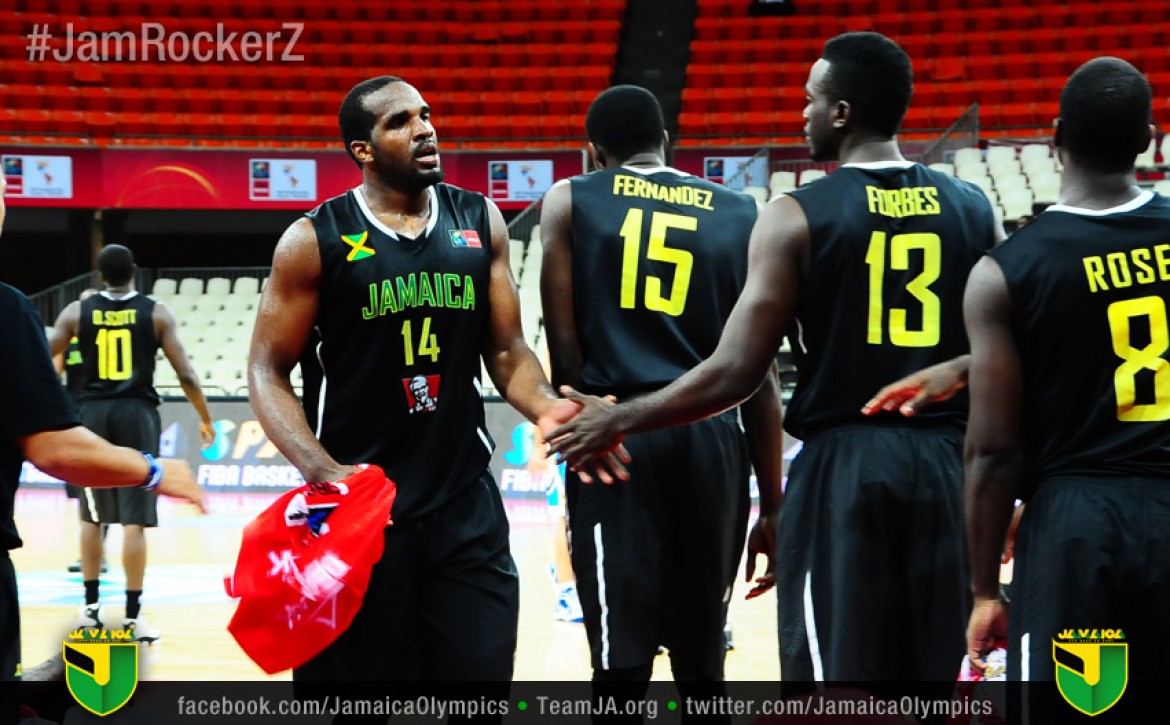 [hr]
Caracas, Venezuela – Jamaica defeated Brazil, 78-76 and eliminated the Brazilian team from the FIBA Americas Championship. On the other hand, the team led by Sam Vincent qualified for the second Round of the tournament. Samardo Samuels was the top scorer for Jamaica, with 21 points.

After the initial 5-2 run by Jamaica, Brazil got a 9-2 run, with conversions of Joao Batista, Alex Garcia, Guilherme and Marcelinho Huertas, to move the scoreboard to 11-7 in their favor. But Jamaica adjusted their defense and could take several counterattacks to go ahead 15-13. The scoreboard was even, the teams exchanged baskets and at the end of the quarter, Jamaica was winning, 18-17.

In the second quarter the parity remained, both teams were looking for the ticket to the second round of the tournament. Brazil began to climb the scoreboard with Neto and Larry Taylor to make it 21-18. Meanwhile, Jamaica became strong in the paint with Samardo Samuels. But Brazil hurt again with Alex and Neto, on the high stretch, and escaped with a 4 point lead (36-33). But the score at the end of the second quarter went to the team led by Sam Vincent, 39-36.

Brazil improved on the third, against an unbalanced and rushed Jamaica. Caio Torres and Alex allowed Brazil to come forward, 42-39. Jamaica went 3:30 minutes without scoring and Samuels was the one who broke the scoreless streak. Jamaica was punished with a three-pointer by Guilherme Giovannoni (48-44). Little by little, the cast of Ruben Magnano dominated, before an emotionless Jamaica. The South Americans imposed a 10 point advantage (59-49).

But the game did not end there; Jamaica responded with a 10-0 run between the end of the third and the start of the fourth quarter, to tie the game at 59. From there the teams traded baskets, both teams traded the lead on the scoreboard. Huertas and Caio Torres were behind the offense of Brazil and it seemed victory will be theirs. But in the end, chance was in the Jamaican side. With huge work from Samuels, plus four key free-throws by Akeem Scott, Jamaica made history twice. Eliminated Brazil from the tournament, and qualified for the second phase of the 2013 FIBA Americas Championship for the first time in history.

For Jamaica, Samardo Samuels was the best scorer with 21 points and 8 rebounds. For Brazil, Caio Torres and Vitor Benite accumulated 12 points each.