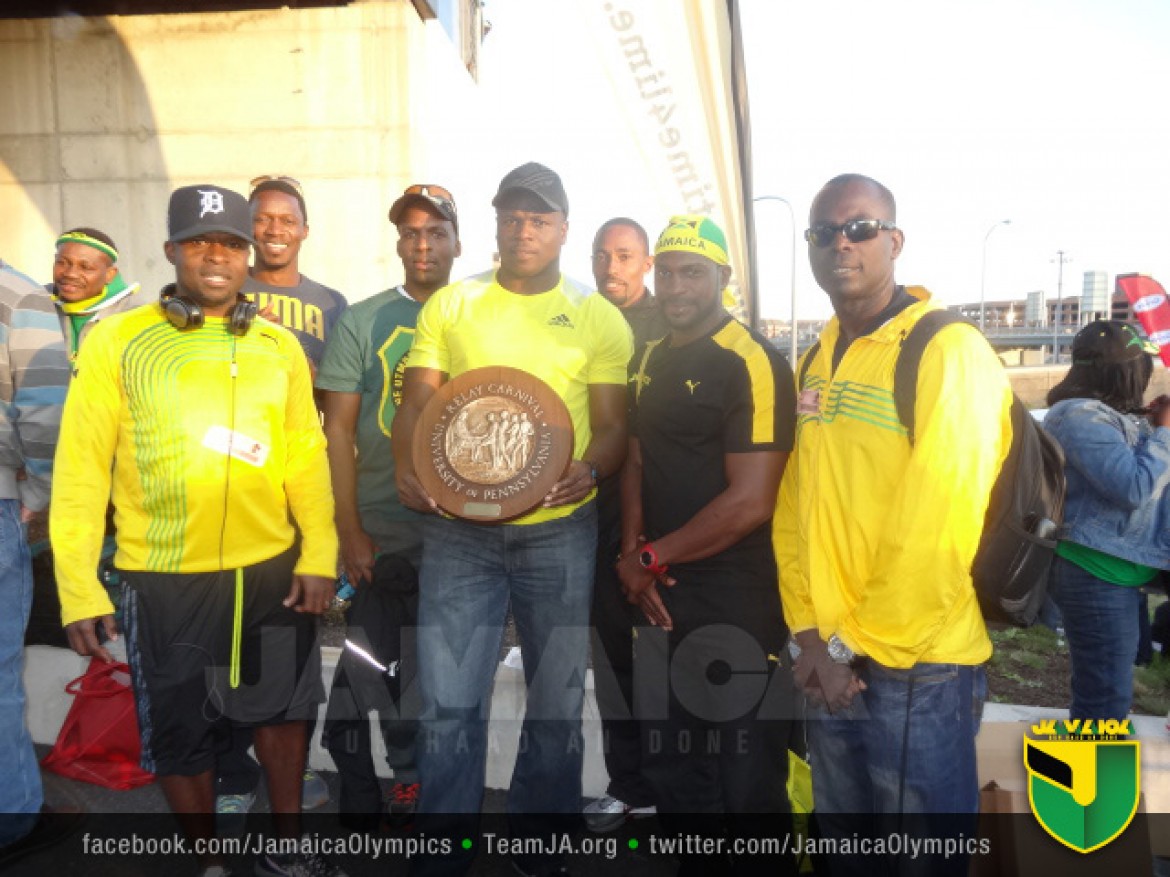 The Jamaica Masters athletics team to the Penn Relays capped off a fine performance at the relay carnival by grabbing 2nd place in the over 40 men’s 4×400 relay. The team of Daniel England, Chris Williams, Danny McFarlane and Christopher Grant did 3.25.60 behind SW Sprinters ‘A’ who clocked 3.24.97. The team might have won, but a mix-up which occurred with the registration of one of the original runners resulted in a last minute replacement having to be brought in.

Speaking from his home in the US following his race, the ever popular Danny McFarlane says he was very pleased to have represented Jamaica in a masters event at the Penn Relays. “I had fun with the rest of the team and I will be doing my best to assist in raising the profile of masters athletics in Jamaica,” he said.

Coach of the team, Owen McGregor said he was very happy to have been a part of the Penn Relays effort and said that he was very proud of the men for representing the country so well. And for his part, President of the Jamaica Masters Athletics Association, Leo McEwan says he is heartened by the performance of the team noting that this is the kind of fillip that will take masters athletics in Jamaica to achieving its full potential.

Masters athletes will next compete in the masters 100metres at the Jamaica International Invitational on May 4 at the National Stadium even as they prepare for the World Masters Championships scheduled for Porto Alegre, Brazil in October.