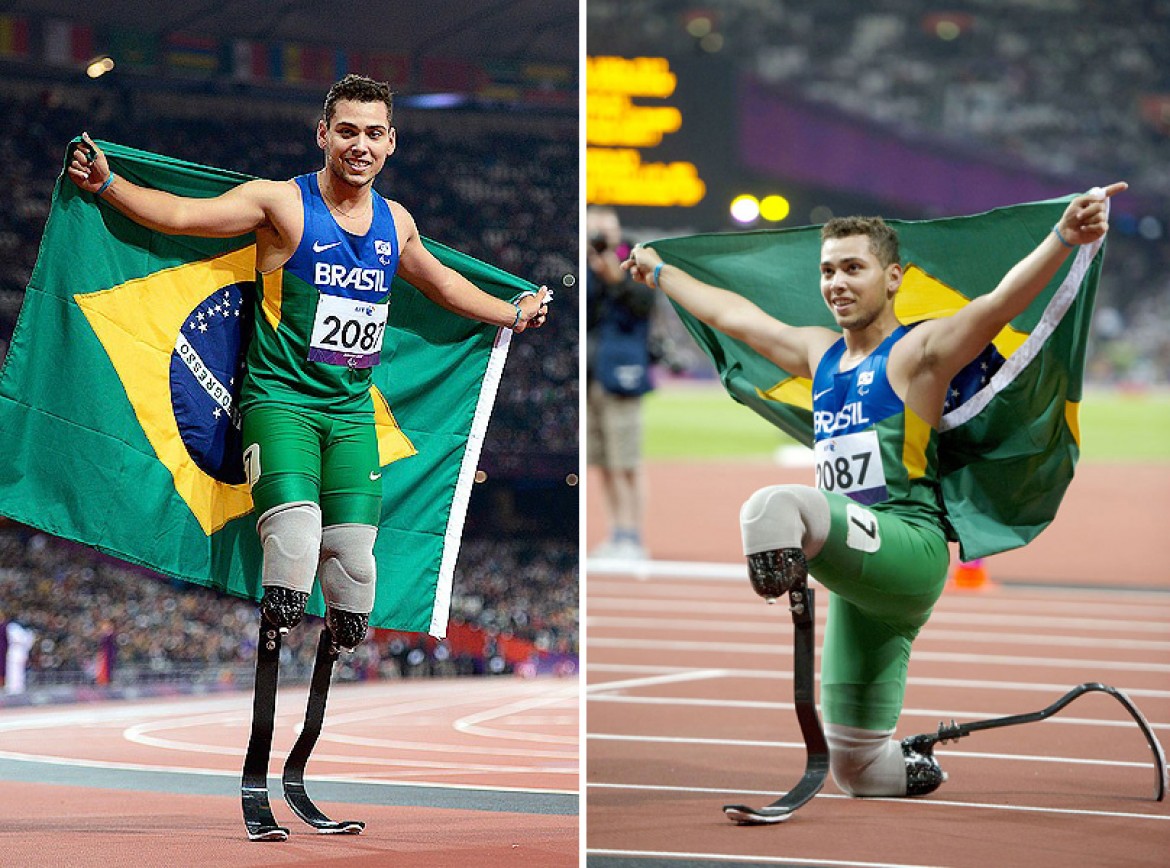 The 20 year old led from start to finish to record a legal and official time of 10.77 seconds.

His time is 0.14 seconds faster than the previous T43 world record of 10.91 which was jointly held by South Africa’s Oscar Pistorius, set in April 2007, and USA’s Blake Leeper posted last July.

The time is also 0.08 seconds faster than the 100m T44 world record of 10.85 seconds held by Great Britain’s Jonnie Peacock, which was unofficially equalled last Saturday by USA’s Richard Browne.

In the build-up to this weekend’s races in Berlin and the US Paralympics Track and Field National Championships in San Antonio, Texas, it was Paralympic 100m silver medallist Browne who was the most vocal about breaking world records. The 21 year old even went as far as claiming that the 100m race at next month’s IPC Athletics World Championships in Lyon, France would be a two horse race between him and Paralympic champion Peacock.

However, Oliveira has gone quietly about his business all season and must now start as favourite for the 100m and 200m world titles next month. In April this year, Oliveira made his intentions clear for the 100m running 10.95 at the IPC Athletics Grand Prix in Sao Paulo, Brazil.

The 2013 IPC Athletics World Championships in Lyon, France will be the biggest gathering of international athletes since London 2012, with 1,300 athletes from 90 countries expected to compete.